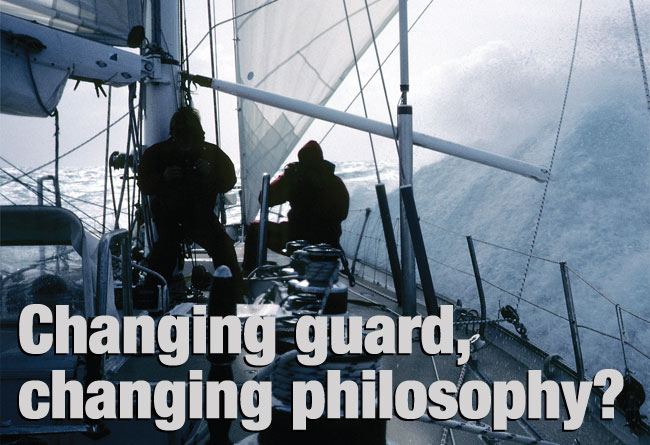 It is now a full year since the end of the last Volvo Ocean Race in Gothenburg and with Mark Turner just recently taking up his role as CEO in place of Knut Frostad it is the start of a new era. Mark has all the skills, experience, enthusiasm and personality for the role as well as widespread support within the sailing community. He is an excellent and popular choice but he has a big task ahead.

The new CEO has large boots to fill. Former CEO Knut Frostad has lived and breathed the VOR for the last six editions and has stamped his mark on the race as race crew, team principal, skipper and then (for three editions) CEO.

Knut has presided over a particularly difficult period of transition as the costs of grand prix sailing have escalated at a time when the world economy has deteriorated. This has made it increasingly hard to attract the ever-increasing funding that teams require to compete in this new, highly professional era. Since Volvo took on the race there have been no more than eight entries and despite many syndicates striving to enter it is always a struggle for teams actually to make it to the startline.