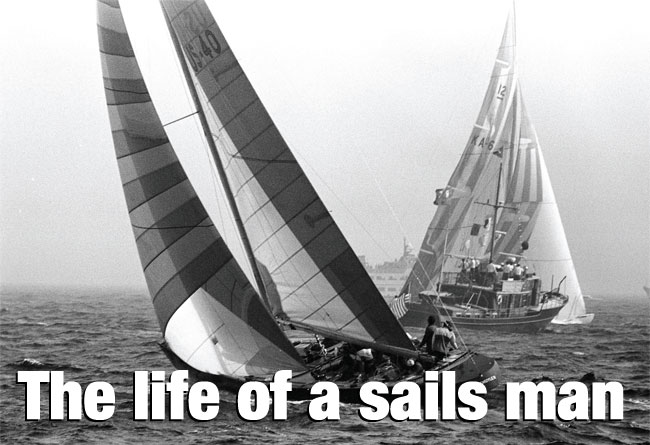 In a career spanning five decades Tom Whidden has seen and done almost everything in the sport and business of sailing. But if you think one of the most powerful men in the sport is nearing the end, think again. Sean McNeill talked to the most consummate of sailing professionals

Tom Whidden is sitting in his office at North Technology Group’s headquarters in Milford, Connecticut, on a raw day in late April. Looking fit and relaxed, Whidden has just arrived after his morning workout and is in a talkative mood. ‘I read recently that you’re “retired”,’ begins the interviewer, who first raced with the masterful tactician on an IOR 41-footer in 1984.

‘Far from it,’ says the 68-year-old Whidden. ‘When North Sails was sold two years ago I signed a contract for three years that would expire next year. And I’ve just recently added another two years on to that. So I’m not going anywhere any time soon. I love what I do.’

It would be hard to imagine the sport of sailing without Whidden, a three-time America’s Cup winner, five-time Maxi worlds winner, Kenwood Cup winner, SORC winner, Key West Race Week winner… is there a regatta he hasn’t won? ‘I’ve also lost the Cup twice,’ he’s always quick to point out in an act of deference.