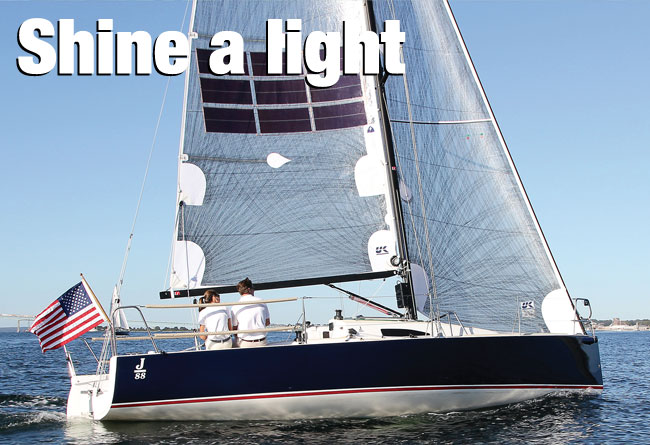 In the past sailors have taken the ecological high ground over other boaters, yet modern sailing requires far more electrical power than it used to. With new onboard technologies and their growing demands for power, it’s clear that sailors now experience regular energy shortages while cruising and/or racing, even over relatively short distances. And of course the problem grows exponentially when you are racing across oceans and around the world.

Sea and sun go hand in hand, so solar power has long seemed to offer an answer to this problem. However, rigid solar panels are heavy, bulky and require a lot of ingenuity to install discretely; but what about producing electricity with our sails?

Sails offer the largest available surfaces on a sailboat which makes them the most logical place to collect solar power. But if this has not been done before, then there must have been good reason.

Indeed, it is only very recently that usable thin photovoltaic films have surfaced from the R&D laboratories as a viable commercial product. Even at the start of 2016 the number of suppliers of thin solar film can be counted on the fingers of one hand. Also, none of the latest cutting-edge products were originally intended to be used on a sail or by a sailmaker. In fact, when I first contacted the heads of these companies my ideas were generally treated with a large pinch of salt.