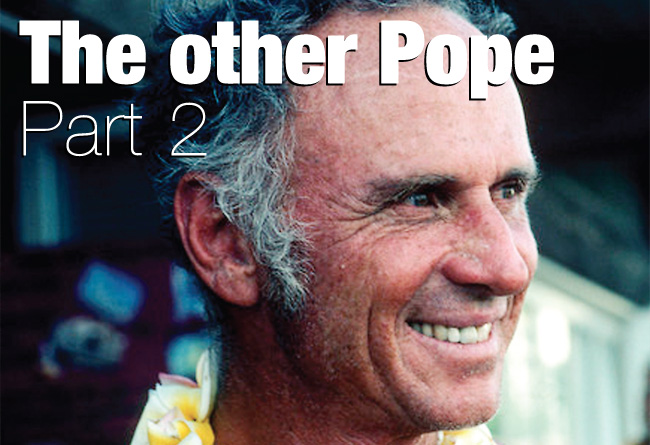 The transformation from when North Sails was just one of dozens of small sailmakers in southern California to being a global force in the industry was almost inevitable given the ethos of its founder and how it was run in those early days. It was Lowell’s objective and open-minded attitude towards any idea that might make sense, a relentless focus on speed and an engineer’s enduring faith in science as the pathway to progress that would help North lead sailmaking into the technol - ogical age that lay ahead.

First… Olympic glory
But to get there and have the credibility for greater mass appeal to the racing market, Lowell would need to branch out from his proven success in the Stars and get onto other platforms and larger stages. This he achieved, starting with a bronze medal earned in 1964 in the Dragon class at the Olympics in Tokyo, followed by a seemingly inevitable gold medal earned in the Star class in the 1968 Olympics in Acapulco. This success brought accolades and opportunities to grow and expand his sailmaking business beyond its modest start in San Diego into a new and burgeoning marketplace.

While on an invited trip to New York City organised for the 1964 US Olympians, Lowell met and was immediately impressed with the Finn silver medallist, and a fellow engineer from Pewaukee, Wisconsin named Peter Barrett. It turned out that Barrett was tinkering with making sails in his basement, and Lowell managed to talk him into coming aboard with him to learn the trade. Barrett came to San Diego to get a crash course, then opened and managed a North loft up the coast in Newport Beach. With Barrett’s help Lowell North was taking the first decisive steps in building his company outwards from its roots.

So Cal – fertile ground for growth
The 1960s and ’70s in southern California were boom times: numerous sectors of the region’s economy were growing fast, including aerospace and related industries, fuelled by lavish Cold War spending in defence and space race projects. With this growth came a ballooning middle and upper class with the disposable income needed to enjoy the many leisure activities the region offered.