One of the pleasures of racing classic boats is the sheer variety of vessels that the events bring together. A typical regatta might include anything from an 1898 fin-keeled racer to a 200-ton replica schooner, and pretty much everything in between. Almost by definition, each boat entered in a classic boat race is unique.

So how does such a disparate bunch of boats race together with any credibility? In truth, much of the racing during the early years of the movement was pretty haphazard and – with some notable exceptions – often reduced to a mere ‘parade of sail’. That all changed in 2001 with the creation of the Prada Classic Yacht Challenge, which has since become the Panerai ­Classic Yacht Challenge, and which first drew together most of the Mediterranean ­regattas into a single series.

In an effort to ensure a reasonably level playing field... 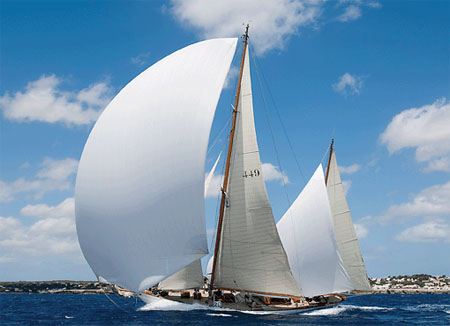