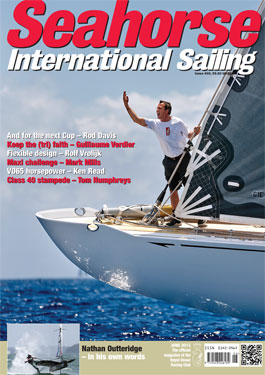 A rare breed – Part I
Designer MARK MILLS has been busy, below the radar but busy. And a new maxi racer is the result

Update
TERRY HUTCHINSON applauds the quality of the chess in Long Beach, PETER HOLMBERG is relieved that the J Class (and others) all missed each other, CAMPBELL FIELD speaks in defence of ‘tracker transparency’ and DOBBS DAVIS goes onboard one of the all-time Whitbread greats

Rod Davis
We shouldn’t speculate on the next America’s Cup class… Oh, why not?