When the best team up with the best 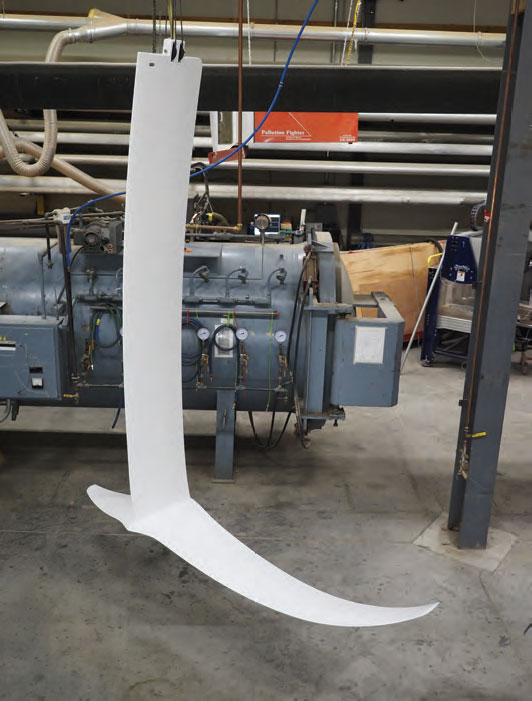 From Mules to Maxis, Moore Brothers now does it all (and rather well)

Young and nimble, or experienced and established? Composite fabricators Moore Brothers might just be the best of both worlds.

When Sam and Oliver Moore first set up their own composite shop in 2014, they’d already learned from the best and quickly attracted high-end clients. Three years later they acquired Composite Solutions Inc (CSI) from their mentor Jeff Kent. Since then they’ve established several other strategic partnerships with designers and fabricators, thanks to a fast-growing reputation for repeatable accuracy and a willingness to take on the more challenging jobs. From designing and fabricating America’s Cup components and Grand Prix foils to high-end drones for aerospace start-ups, they will do whatever it takes to make each project a success, on time and at a competitive price.

Heritage of innovation
Oliver and Sam grew up building and fixing boats with their uncle, Steve Clark. ‘We wanted to sail International Canoes,’ Oliver explains, ‘and the only way you got one was to build your own.’ After two C-class catamaran campaigns and earning engineering degrees, they came back home to work their way up in the bustling Bristol boatbuilding scene.

Oliver spent two years as an engineer at Hall Spars before he and Sam set up a CNC machine in their garage and went out on their own. Their plan was to build tailored skis, but before they were even fully up and running a project manager asked if they could build a complicated boat part. They set aside the skis and turned fresh eyes to solving marine engineering problems, leaning on experts like Jeff Kent for advice. As the owner of CSI, Jeff was flat out building custom parts for high-end boats like Puma, Comanche and countless Goetz projects, and he was happy to share his knowledge with such a young and hungry pair.

From mentor to partner
Three years later, Jeff told the brothers he wanted to work for them instead of running his own shop and CSI became part of Moore Brothers, a partnership that merged his high-end expertise with their youthful energy. Shortly afterward, Bella Mente Racing became their first major joint client. The combined company now occupies two floors of a 5,000 ft² shop, has 10 employees and takes on a wide range of projects.

At the America’s Cup level they’ve built booms, fairing pieces and spreaders for American Magic’s test mule and completed several undisclosed parts for the team’s final AC75. They also have ongoing contracts as the supplier for drone parts and with Melges Boatworks to produce all their keels.

Main picture: foils are ʻoftenʼ a challenge to build because of the huge working loads they have to endure while holding their shape precisely – or even more challenging by deflecting by designed amounts. Moore Brothers recently made this custom prototype foil for an undisclosed 30ft foiling monohull.
Below: marine composite innovation. This single sided foil tooling was made possible by advanced 3D-modelling and CNC cutting of the different plies 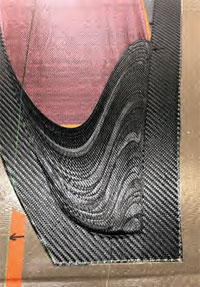 Not every project requires such elite treatment, though. When local boatyards need a rudder rebuilt on a stainless steel post, they do that too. ‘We spend a lot of time making sure we're delivering good value,’ Oliver says. ‘We design the process to get you a nice high-quality result at an accessible price. Whatever the project, we’ll make it happen.’

CNC workflow
From design to final product, Moore Bros rely on the programmable accuracy of CNC technology. ‘I use a CNC machine like a table saw,’ Oliver says. ‘Even for repairs, I start by drawing on the computer.’ Naval architects and boatbuilders around the world are able to subcontract their most difficult parts out to Moore Brothers, knowing the end product will fit and perform as promised.

A perfect example is the Botín 55 Outlier. When builder Brooklin Boat Yard needed a rudder, chainplates, quadrant, bowsprit and masts for radar and wind generator that would all fit perfectly once the boat was finished, they called Moore Brothers. After the boat was launched, it needed a second rudder to improve offshore handling and Oliver and Sam got another call. ‘The yard was just thrilled, because it showed up in a box and it plugged right in. Not everyone can do that,’ Oliver points out. And because it was designed and manufactured on the CNC machine rather than handshaped, they’ll be able to produce another rudder that fits just as perfectly, if that’s ever needed.

Band of brothers
Oliver and Sam split the nitty gritty of running the business and they’ve strategically built a workforce that places innovative youngsters just out of school side by side with composite industry veterans. The goal is to maximise knowledge transfer, while continuing to innovate and improve.

They know they’re the next generation of Bristol boatbuilders, but even three years after merging with CSI, they are very conscious of the help they received from mentors like Jeff Kent and Steve Clark. As Oliver puts it, ‘we have done our best to learn from them and yet make sure we're moving forward.’

Nimble AND experienced – the very best of both worlds.