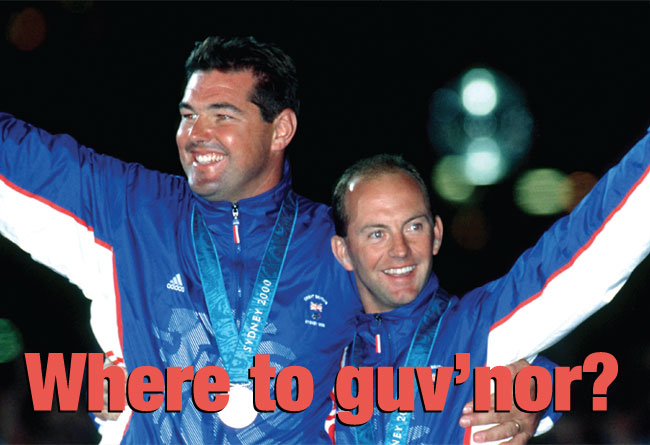 I n 1996 John Merricks and I were fresh from winning an Olympic silver medal in the 470 class and had little or no keelboat experience. Despite this, our goal for 1997 was to try to sail the small boat (Mumm 36) for Britain in the Admiral’s Cup. We immediately started racing Melges 24s to learn about keelboats and, thanks to the support of Peter Morton, Graham Walker, Richard Matthews and boat owner Tim Barrett, we got our chance with Tim’s Mumm 36 Bradamante.

We had no idea what we were doing to start with – I remember our first offshore training when we used to shine torches at the telltales all night, not wanting to rely on the instruments! Running backstays were a whole new world. We had so much to learn but at least we were out there training and doing it.

We had seven months and approached the campaign with the same zeal as the 470. Importantly, we had a really good, experienced crew and help from some older, wiser heads like David Howlett. A silly mistake offshore cost us a podium at the Mumm 36 worlds, but we ended up winning our first Fastnet and winning our class in the Admiral’s Cup. Were it not for a spurious protest by the Italian team we would have been top boat overall.

The reason for my story is that if I was a successful young Olympic sailor now I am not sure what I would be aiming to do. There is no Admiral’s Cup and no smaller technical keelboats with worldwide appeal like the Mumm 36 or the One Tonners, on which to learn the art of grand prix keelboat sailing. These boats were sailed by some of the best sailors in the world and provided a manageable step up to sailing much larger boats. Today you might sail a Melges 24, J/70, C&C30 or even an SB3 as a small keelboat, but what bigger keelboat do you sail after that?