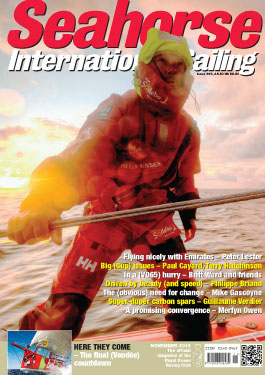 Super Series – Set for 2013
ROB WEILAND with a tantalising hint about a worthwhile new vocation for the Admiral’s Cup?

Accelerated journey
BRITT WARD and the Farr Yacht Design team have been flat out preparing for the new VO65 one-design… which is already building!

Update
Oracle (briefly) get back on the water, TERRY HUTCHINSON has a mixed month, BLUE ROBINSON talks Australian gold and IVOR WILKINS goes all Italian with CHRIS DRAPER