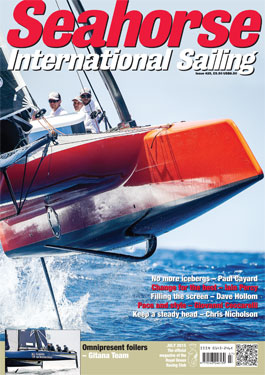 More or less?
ROB WEILAND looks at the strides made in the TP52 class and at the line-up for the Super Series

Update
Mini escalation, plus TERRY HUTCHINSON has a very special regatta in Annapolis, JULIAN EVERITT wonders about the current obsession with one-design and JACK GRIFFIN unravels the mystery of the ever-changing America’s Cup Class

IRC column
So why all the fuss about transparency? JAMES DADD

Design – Winning formula
PATRICE CARPENTIER catches up with his old buddy CHRISTIAN BOUROULLEC at Structures Shipyard to talk about two of the company’s rapid new designs... at least one of which has some beds

Sailor of the Month
Behind the scenes... but time for some recognition