Parachuted in – Part I 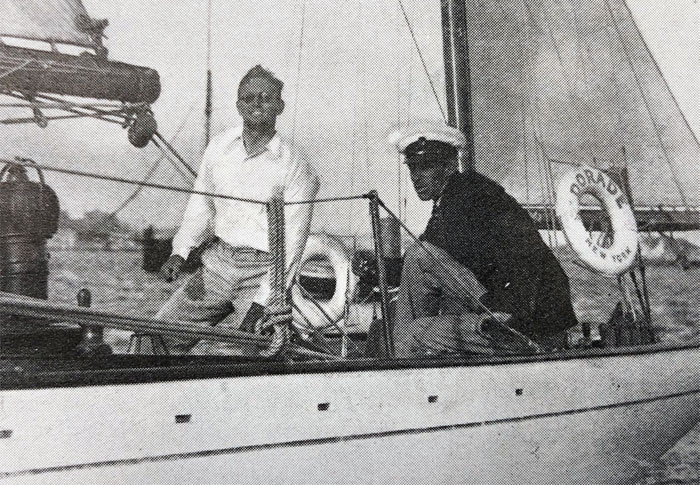 He arrived rather than emerged yet Lieutenant-Commander Douglas Dixon, DSC RN, became a pivotal figure in the first days of ‘modern’ ocean racing and the Royal Ocean Racing Club. Clare McComb puts together some of the individual pieces that coalesced into some of today’s greatest races and regattas

In January 1928 the Ocean Racing Club membership comprised 70 active sailors, with a further three of honorary status. Missing from their number was a certain Douglas Dixon, who nevertheless then popped up on the sub-committee organising a possible inaugural race to Santander the following year. Besides an official from Lloyd’s, the other members of this steering group were a magnificently doublebarrelled trio, PT Rose-Richards, Dick McLean-Buckley and Malden Heckstall- Smith – all would become pivotal officers of the (R)ORC as its influence increased exponentially over the following years.