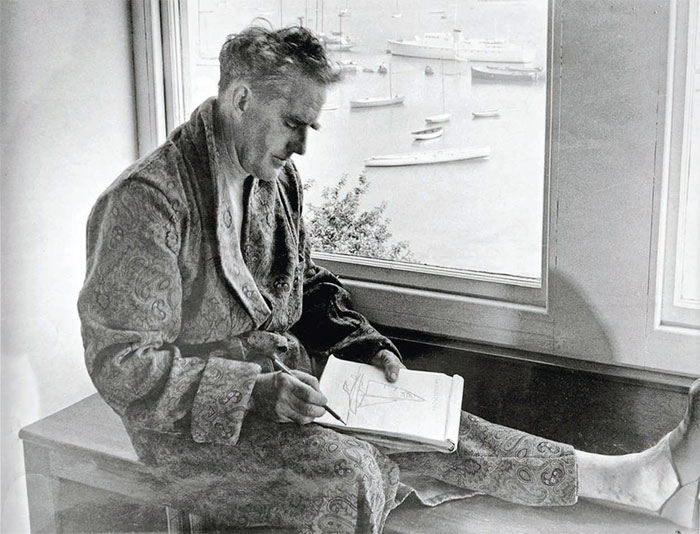 One man gave the Northern Hemisphere (at least) the first successful planing dinghy when in 1928 Uffa Fox’s groundbreaking International 14 Avenger literally planed off into the distance race after race after race. Avenger was just one of the numerous innovations and new approaches to boat design and build that this colourful figure bequeathed to naval architecture and which still influence the boats we sail and race 50 years after his passing. Julian Everitt celebrates a maverick genius

The word mercurial could have been invented to describe the yacht designer, yacht builder, artist and author Uffa Fox.

Fox was born on the Isle of Wight into the late-Victorian period in 1898, in the internationally famous town of Cowes which became the centre of his universe throughout his extraordinary life. A local saying on the Isle of Wight, used to demonstrate how Uffa was regarded by both those who knew him or knew of him, sums up very well his impact on the yachting Mecca that was Cowes: ‘If it was Queen Victoria who put Cowes on the map, it was Uffa Fox who kept it there.’