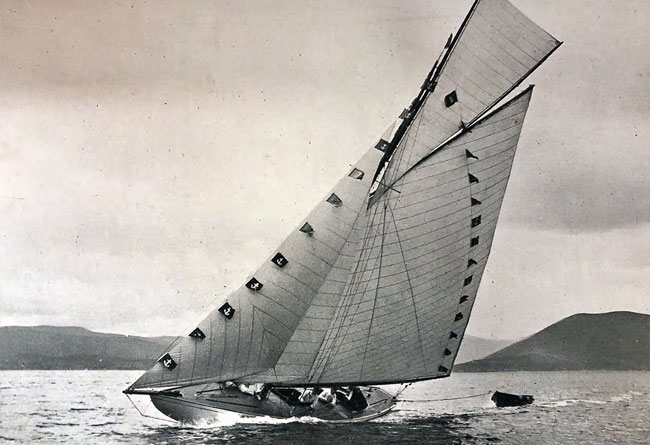 Students of the yachting rivalries between England and its northern neighbour in the early years of the 20th century may well be surprised that it took another 100 years for Scottish independence to rear its head in anger. Yet between periods of great rivalry there were worthy efforts at combining forces for the common – or to be accurate not so ‘common’ – good. Clare McComb

In the family
Thomas Glen Coats started his designing career in 1906 under the tutelage of world famous naval architect Alfred Mylne in Glasgow. But whereas his mentor tended to stay in Scotland unless pressed to travel south, ‘Tid’, as he was known, became one of the Edwardian characters who raced successfully in both countries, drawing the sport together north and south of the border.