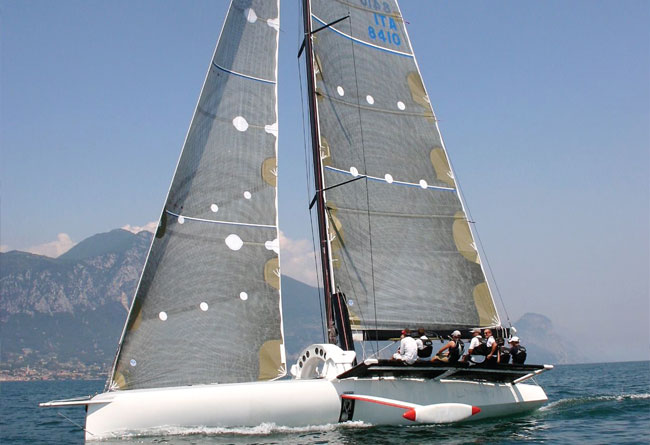 Just as you’d expect, Eeyore’s voyage around the Isle of Wight last month was long, but fortunately it was not too long. Flying Dutchman Olympic medallist, dinghy designer and Formula 40 champion Jo Richards has seen the future

When I was young my parents owned a series of bilge keelers between 17 and 26ft, which we kept inland on the River Severn between Tewkesbury and Gloucester. Among them was a Vivacity 20 on which we, as a family of five plus two dogs, used to stay for a three-week summer holiday on the south coast – something you don’t see a lot of these days! From distant memory the Vivacity sailed much better than the others.

For nostalgic reasons I thought it might be fun to get hold of a Vivacity 20 and an interesting challenge to try to race it competitively. I found a 53-year-old Vivacity advertised, with trailer, lying forlornly behind a power station in the Midlands. Inside it the boat had a foot of oily water and a lot of flaky paint – ‘a very gloomy place’. So Eeyore she now was.