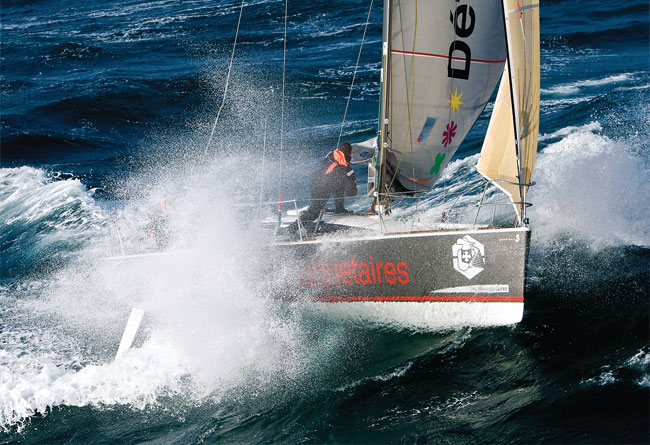 The next two years are going to be more than busy in France with the unprecedented number of Imoca 60s getting ready for the 2020 Vendée Globe and perhaps even more significantly the arrival of a fleet of 50 Figaro Bénéteau 3 one designs… luring back many of the greatest solo stars of the Vendée and Route du Rhum. Former Figaro competitor Marcus Hutchinson reports

Origins
To promote mid-summer newspaper sales 50 years ago l’Aurore newspaper (since bought and merged with Le Figaro – one of France’s big national newspapers) decided to jump on the bandwagon of the then new-fangled solo-sailing thing by running an offshore race that their readers could follow every day on the pages of their newspaper as they lounged on the beaches. Consisting of four offshore legs, each lasting between 72 and 90 hours, the race was sailed in IOR Half Tonners – the sleekest 30-footers of that era.

The newspaper reported on their event with plenty of interviews of the skippers and their crazy sleep-deprived exploits, household names were made, the news - paper readership (of which there were a lot back in the 1970s) lapped up each thrilling episode and copies were sold. It worked and the event grew.