And so the dam breaks 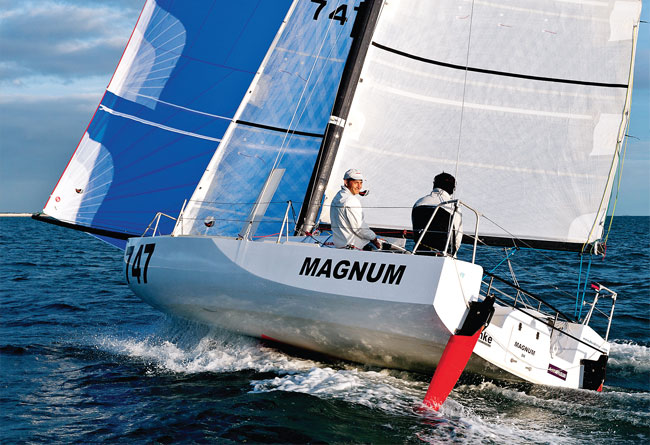 One of the great sailing mysteries of recent years is why the Mini 6.50 fleet has sat back and allowed itself to be repeatedly pummelled by David Raison’s scow designs. Joe Lacey and Fred Augendre talk to a rather underrated naval architect who is starting to have a very serious influence on offshore yacht design…

For six years David Raison-designed Mini 6.50 Prototypes have won everything there is to win in this competitive fleet, but it is only now, after a second dominant Mini Transat victory for one of his scow designs, that Raison is about to launch a series-built version of his all-conquering blunt-nosed rocketships – to be built by IDB Marine.

Based in southern Brittany, this will be IDB’s first raceboat, a rather special beginning, especially since in order to be homologated into the Series Division for the 2019 Mini Transat at least 10 examples must be launched before the start of the race.