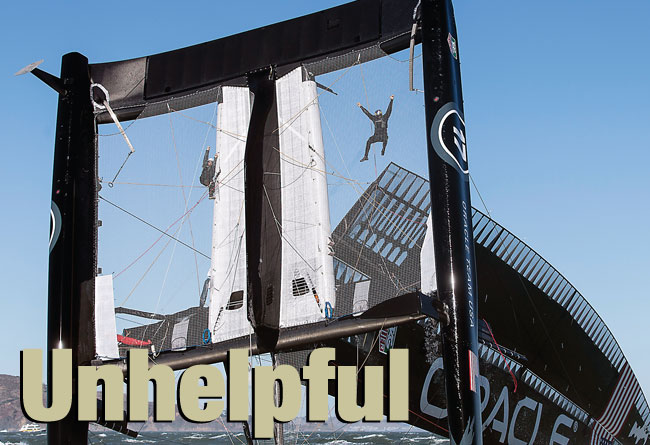 Seahorse: On your AC72’s first outing a daggerboard failed…

Grant Simmer: There were a number of issues contributing to the board breaking. But it certainly shouldn’t have happened. We had defined the load cases and it broke well below those cases.

SH: Following that failure, presumably there was an extensive check of your whole structure?

GS: We pretty much did just that. We had obviously already completed a lot of non-destructive testing but we reran many of the structural tests on the platform and appendages. But once again everything passed well within design limits...

SH: So now you have the boat you designed and constructed and it is time to use it.

GS: Well, that’s certainly what we were doing…

SH: How many sailing days did you actually manage?

SH: Any problems – other than the obvious one which we will come to shortly?

GS: We monitor the loads all the time, and there is a system of alarms onboard that tell us when we are exceeding the design criteria. Obviously this boat is nowhere near as big as the multihulls in the last edition of the Cup, but the alarms were soon pointing us at one or two areas; that made us reassess either the load case or the loading, or in some instances we simply raised the limit based on what we had learnt.