Achieving the impossible
As soon as we started digging deeper into claims of 'faster than the wind', we knew there was only one person to call... BOB 'IRON DUCK' DILL

In demand
After AC33 life will never be quite the same again for (former) architect and industrial designer MAGNUS CLARKE... as ANDY RICE finds out

Making amazing things happen
Perhaps an apparently new face in the world of grand prix raceboat – and spar – building is not so new after all. JASON CARRINGTON & ASSOCIATES

Unstoppable
You'd have thought that 80-years young, things might have started to calm down in terms of International 14 development. Not so, explain designer/sailor/builders GEORGE NURTON and TOM PARTINGTON

Time and place
In 2005/6 VO70 rig world was all about PBO cables then 3 years later it was carbon bundles. Now the standing rigging market has opened up even further as PHIL ANNISS explains...

Paul Cayard
That winning feeling and time for some new toys

Olympic and small boats news – Early days
There are surprisingly deep foundations beneath the development of modern sailing foilers, but one project has always stood out. JAMES GROGONO takes us to meet Icarus... the boat that really did fly

IRC column
Rating is not (still) all about the blue ­blazer... and there is also some quite ­sensible logic behind keeping 'that' ­formula secret... explains JAMES DADD

Design – Big (brave) step
There has been little interest in producing pure race designs for the ORC rule, perhaps because to date success could be found with a well-optimised production design. But now there is a new cat about to hit town... TORSTEN CONRADI

Seahorse build table – Good fit
It's been slow to get going in Europe but perhaps the Classe 950 is a better fit for the demands of New Zealand waters, suggests KEVIN DIBLEY

Sailor of the Month
Ooh la la... It's pastis time 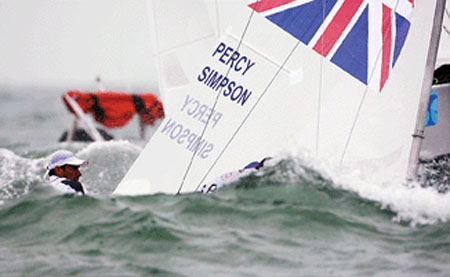