Bridging the divide
IAIN PERCY tells ANDY RICE about Stars, his latest America's Cup programme, and why he is no fan at all of the winner-take-all regatta finale

Proof of concept
BRAD BUTTERWORTH and Wally founder LUCA BASSANI explain the logic behind a new, large and rather tasty one design class...

Update
BERNIE CASE reckons it's nothing to do with rating systems, TERRY HUTCHINSON has some words for careless internet-users, ANDY HEMMINGS on life in the Irish Sea, and ROSS FIELD describes the road to his first Global Ocean Race – in a Class 40 with his son Campbell

Rod Davis
And could this be a long-overdue sales brochure for AC45 sailing?

Sailor of the Month
The kings and queens of the owner-drivers... 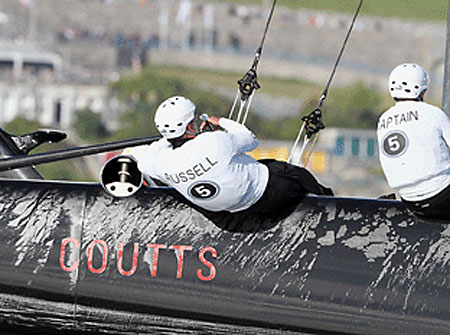