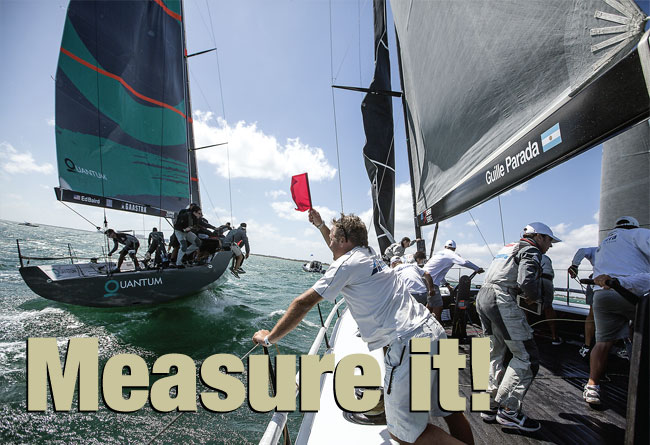 There are quite a few sailors who race on both the Maxi72 and the TP52 circuits but only a very few have access to performance data in the same kind of detail as the navigators. Italian Bruno Zirilli, aged 43, is currently the navigator on the Maxi72 Robertissima and the TP52 Azzurra. You do not get invited onto teams at this level without excellent history; Bruno has been racing from the early 1980s and as a professional sailor from the early 90s.

He started in dinghies with the Laser Radial and later the Laser 5000 and Laser 4000. The IOR days were spent racing Quarter Tonners, soon to be followed by offshore one-designs and IMS cruiserracers. In 2001 and 2002 Bruno navigated the Botín & Carkeek 46 OPS Competition and from then on the nav station is his.

The boats get bigger, like the Farr 53 Orlanda, and already in 2005 it is the America’s Cup with the Italian team +39.

One cup later he will join the Spanish Desafío team. His first TP52 experience dates back to 2006 onboard Siemens in the Breitling MedCup. He has twice been part of a 52 Super Series-winning crew as well as a double world champion with the TP52 Azzurra and the Mini Maxi Rán.