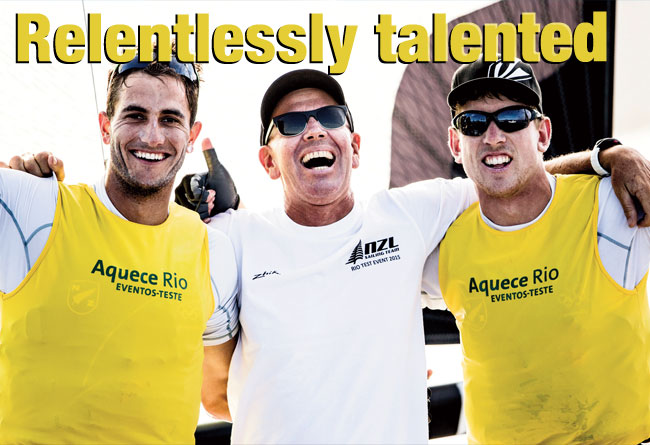 Every year in New Zealand the country’s top athletes, sports teams and coaches gather to celebrate success with the Halberg Sports Awards. Many of them look uncomfortable in unaccustomed formal dress as they parade, Oscars-style, down the red carpet. The awards are always attended by debate and speculation beforehand and occasional controversy afterwards, but they leave no doubt that sport plays a hugely important role in New Zealand.

Yachting has enjoyed its share of successes over the years. In 1995 Team New Zealand won the supreme award and the team award for its America’s Cup victory. In 1990 Peter Blake won the supreme award and sportsman of the year while the crew of Steinlager 2 won the team award for their Whitbread Race triumph. In 1969 Chris Bouzaid won with his famous One Ton Cup victory in Germany. Boardsailer Barbara Kendall won sportswoman of the year four times, second only to shot-putter Valerie Adams, who has clinched that prize seven times. A sailing coach has never won the coaching award.

In February the sporting community gathered once more to crown its 2015 heroes. Among the nominees were Peter Burling and Blair Tuke for their extra - ordinary run of success in the 49er class, unbeaten in a regatta since the London Olympics, 2015 world champions and ISAF World Sailors of the Year. And up for the coaching award was Hamish Willcox, who has been coaching Burling and Tuke since 2012.

Willcox did not dress up for the evening, however. He was over in Argentina, coaching his son Daniel and Peter Snow-Hansen at the 470 world championships, where they scored a silver medal and secured selection to the Rio Olympics. (Talent runs in the family: daughter Anna represented New Zealand at the Sochi Winter Olympics as a freestyle skier.)