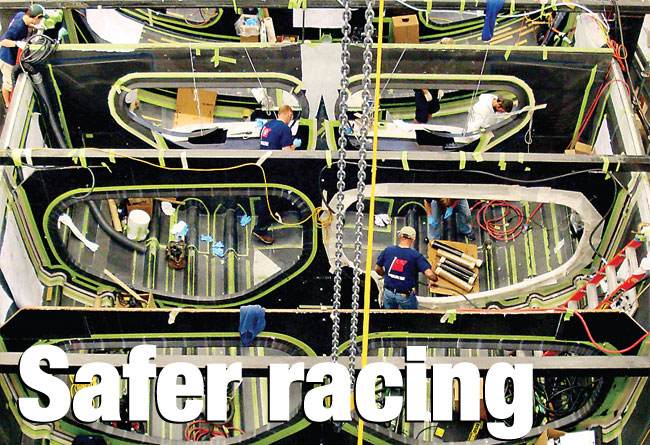 As the world’s governing body, World Sailing (ISAF) believes that ensuring safety is one of our fundamental missions. The structural integrity of an offshore racing yacht is clearly imperative if that boat is to be genuinely self-sufficient and ready to meet any foreseeable emergency without outside assistance.

Formerly, all racing yachts needed to comply with a set of regulations developed by the technical committee of the Offshore Racing Congress (ORC) – the ABS Guide for Building and Classing Offshore Racing Yachts. In the past the American Bureau of Shipping (ABS) implemented these rules and carried out plan approval for race yachts up to 100ft. 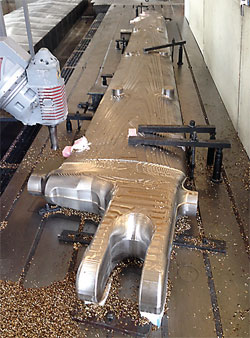 But this was only the case up until 1996. Once European Directive EC95/25 for the CE-certification of pleasure craft was established that year, ABS ceased its activities. Subsequently it was left to yacht designers to confirm compliance with the ABS Rule; third-party review was no longer mandatory and only this designer declaration was required.

In the late noughties World Sailing set up a working group to investigate cases where sailing yachts had lost keels, sometimes with fatal consequences. The working group determined that a thirdparty assessment was indeed needed to inspect a yacht’s structural integrity, especially the keel and its attachment. As a consequence of these studies, Offshore Special Regulations were amended and for Offshore Special Regulations category 0, 1 and 2 events boats constructed, repaired or which underwent a major refit after 1 January 2010 are once again required to be structurally reviewed. Older boats that fulfil the current grandfathering regulations simply require a designer’s declaration.

Accreditation: Germanischer Lloyd (now DNV GL) was the first official body to sign up and assist World Sailing in establishing a framework for such third-party assessments. Since then six accredited bodies have been authorised to conduct mandatory structural plan reviews for the racing yacht sector. DNV GL currently enjoys the highest market share with this service.

Boats<24m: The OSR categorises boats according to size. An already existing structural standard was adopted for boats below 24m (79ft); this is the same standard as is used for the EU RCD directive (Recreational Craft Directive 94/25/EC), the CE-certification of regular pleasure yachts sold in the European market. The three parts of this ISO 12215 series standard that were chosen for compliance by racing yachts are ISO 12215 Part 5 (hull basic scantlings), Part 8 (rudders) and Part 9 (keels only).

Big boats: For boats greater than 24m World Sailing introduced a system where an IACS (International Association of Classification Societies) recognised body may conduct a plan review in accordance with their own rules. In 2009 World Sailing asked DNV GL to help develop a new structural code for larger yachts (>24m), based on DNV GL’s scantling rules. So far the following vessels have been reviewed using this scantling code: the three WallyCentos Hamilton (now Open Season), Magic Carpet3 and Galateia, all of the Volvo 65s, Perpetual Loyal 100, Rambler88, Beau Geste and Comanche – with several more to follow soon. GL DNV is also the designated plan review body for the TP52 and WallyCento class.

Repairs and refit: Newer boats built post-2010 are required to include a review by an accredited body when being repaired or modified. This in turn requires the review office to offer a fast response so that a racing team can quickly secure a new certificate. The team then present this to the race organiser to qualify for participation. The review certificate therefore reflects current structural condition and so must be signed by the builder, who is confirming that the yacht is built, modified or repaired according to the approved documentation.