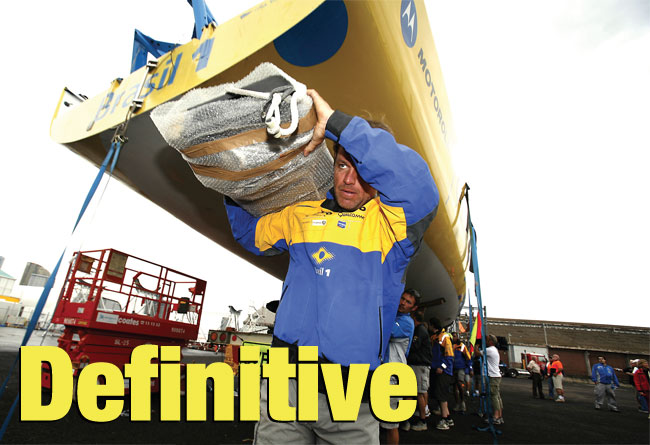 Seahorse Magazine: What sort of Volvo Race did you inherit as CEO?

Knut Frostad: I guess I was taking on an event that was already starting to see big changes. The race was moving to a threeyear cycle from four years, which was tricky, because in the 2005 race the VO70s had their first edition, so there wasn’t much time for evolution. When you drop from four to three years between events you’ve immediately lost time to tweak the class, optimise development and raise funding; then we had the 2008/9 event which was very intense because Ericsson had this massive project. When I started there weren’t too many boats that were 100% funded; we had five that became fully funded close to the start, which is not unusual, but it does put stress on the programme. That was also the first race we went to Asia, a decision that was taken before I started and that was a big undertaking. So the race I took over wasn’t in a bad shape, but it lacked strict controls.

SH: What were the biggest challenges you faced in that 2008 event?

KF: I sailed on Brasil 1 in 2005 and to say that was a ‘tricky’ edition of the race is an understatement. There is no doubt the designers and engineers didn’t have enough time to work out where they were, so there were massive technical issues. And of course the sponsors are not interested in that side of things at all – they are not sponsoring a Volvo team because they want to develop carbon structures, so their fingers get burnt and they leave, and that is what happened. This wasn’t so much the case for the 2008/9 race which was my first as CEO, but what was happening then was the costs were out of control; the winning team had a lot of infrastructure, two raceboats, plus training boats, spending a huge amount of money. Now we had an arms race and this needed to change. The Volvo 70 was a fantastic boat, fun to race, an optimum size for an offshore boat, but the fact that it was an open class led to big performance benefits from spending more money. And that is a challenge our sport has in general, not just the VOR.