As with carbon spars, the acceptance of composite rigging has been swift. But with the growing number of system and material choices there is no longer that single, best solution, says Future Fibres' Phil Anniss

Ten years ago the debate about composite rigging was whether it would replace rod rigging in the raceyacht world. While composite was undeniably lighter than Nitronic rod rigging – to the tune of about 75 per cent – it still had a long way to go to prove itself.

Ten years on those questions have been answered. Reliability is proven, and the evidence increasingly points to composite cables outliving their rod counterparts, sometimes significantly. Some composite rigging manufacturers are now even starting to make claims about rigging lasting for ever… well, in the sense that modern fibres do exhibit excellent fatigue resistance, maybe that's true. But what about the ­terminations, where fibre still meets metal – that is where these claims have yet to be tested by serious interrogation.

Future Fibres in Valencia make no claims about 'the life everlasting', but we do believe the time is coming when sailors will talk about the lifespan of composite rigging no more than they do about the life of a mast or hull – in other words, not at all. As sailors become ever more comfortable with the idea of supporting their masts with non-metallic rigging, so the lifespan debate is gently becoming a non-issue. 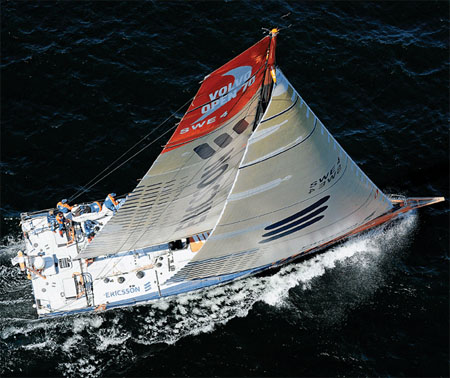