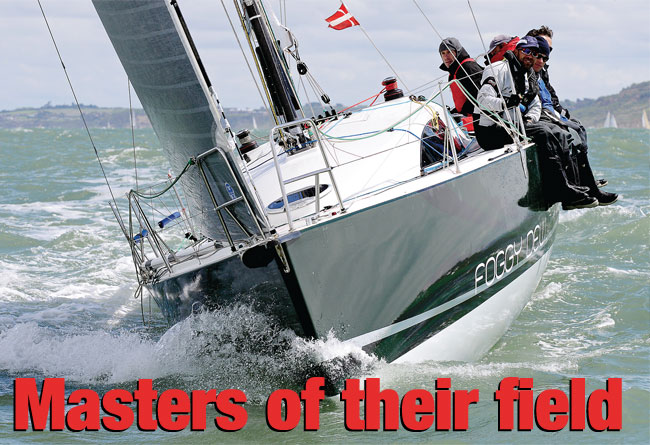 The JPK shipyard in Brittany is synonymous with winning IRC designs in both shorthanded and fully crewed competition. Jocelyn Blériot asked company founder Jean- Pierre Kelbert the secret to their ongoing success…

‘We’re still very small,’ says Breton Jean- Pierre Kelbert, whose boats have filled a gap between costly prototypes and dull production cruiser-racers, and have taken the French – and the English – IRC circuits by storm since the first JPK960 was launched in 2003.

Today the JPK Composites yard employs 14 people. The range comprises eight models, including a Class 40 and the recently launched 1080, and is particularly well known on the UK scene due to Noel Racine’s Foggy Dew’s many RORC race wins and the Loisons’ now famous 2013 Fastnet victory… plus of course David Frank’s Cowes-based JPK1010 Strait Dealer, which notably wiped the slate clean at the 2012 IRC Nationals with an unbroken string of race wins! A little conversation with the man who started it all seemed appropriate…

‘In my past life I was a professional windsurfer, having competed since 1983, winning the Europeans in 1988 and 1989 and being the runner-up in the French selection process for the Seoul Olympic Games,’ says Jean-Pierre when prompted about his background.

‘After five years spent in the French Olympic squad I created JPK Composites in 1992 primarily to manufacture high-end windsurfer boards… It all worked quite well until the beginning of the 2000 decade, when the big manufacturers started offshoring their production and really bringing down their costs.