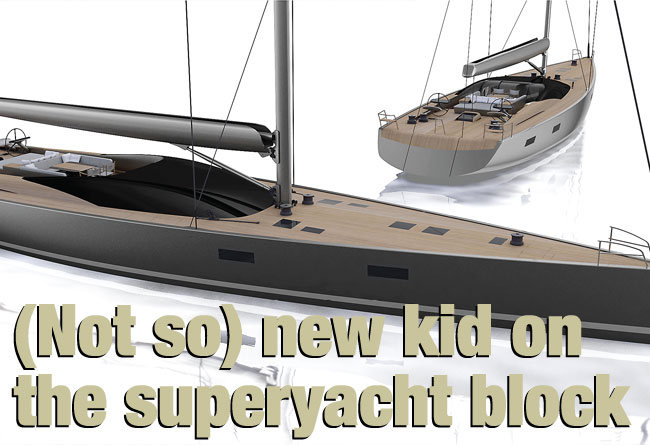 Seahorse: When did you first open up shop under your own name?

Malcolm Mckeon: I first opened for business on 5 November 2012… an approp riate date to remember each year with lots of fireworks!

SH: And you certainly seem to have hit the ground running…

MM: I have been fortunate to have secured a number of projects since setting up. I was first approached by a client who had a new 46m motor yacht project building at De Vries, a design I had started before leaving my previous employment; he rang me up at 8am on 5 November 2012, on the first day of my new business, asking me if I had any time to continue working on his project. My answer was of course yes; I said that I had all the time in the world! At the time of the call I was actually on my way to Ikea to buy a desk and chair for my newly acquired studio space, obtained from my older daughters who were residing above my garage. This design is now afloat and has had much publicity in recent months.

I was also asked by the owner of a new 46m sloop, again a design that I had started and that was then under construction at Vitters in Holland, to remain involved, independently, with the final stages of the design and build, and to attend the sail trials and some subsequent regattas.