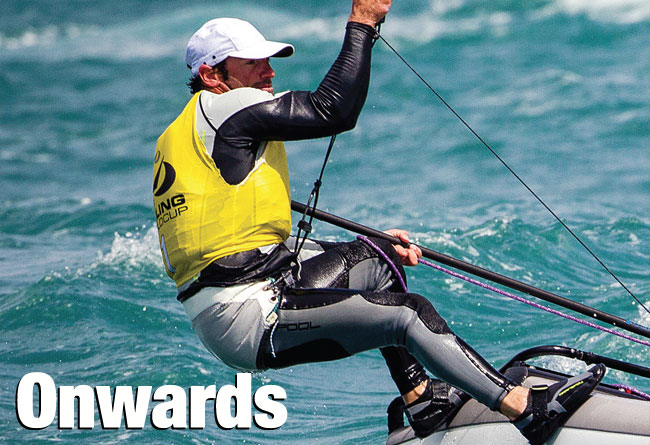 The Princess Sofía Trophy in Palma was the penultimate regatta in the ISAF Sailing World Cup, although few of the Olympic aspirants care about that. They come to Palma in April because it marks the start of the European season, just as they go to Hyères in the south of France at the end of April, not because it’s the concluding event of the ISAF Sailing World Cup but because it’s always been the French Olympic Week.

ISAF is well aware of the irrelevance of its own global series, as is EUROSAF which has taken advantage of the less-thansatisfactory situation to organise its own series from some of the popular Olympic circuit events in northern Europe. ISAF president Carlo Croce commissioned Mark Turner of OC Sport to come up with a format that would bring kudos to the World Cup, and with it the media and commercial value that are currently absent.

But then, just half an hour before he was due to present to ISAF at the annual conference last November, Turner was asked to withdraw his presentation, the culmination of months of work. For someone who turned down Russell Coutts’ approach to run the 34th America’s Cup, it’s unlikely Turner will risk wasting his time and effort again for an organisation that often finds it difficult to get out of its own way. It’s widely acknowledged that ISAF’s structure is dysfunctional, yet few show the resolve to change it. Croce has made noises that major structural change needs to happen but the still new ISAF President is discovering the harsh realities of convincing turkeys to vote for Christmas.

That said, while Turner goes back to his day job of running his existing sporting interests, ISAF has at least launched an alternative vision for the World Cup. The biggest change is announcement of a Grand Final, which ‘will bring together the top 20 boats in each Olympic event at a four-day regatta, providing them with an annual challenge to compete against the best of the best for the crown of ISAF Sailing World Cup Champion and a prize purse’.