No walk in the park
BEN AINSLIE can make it look so easy that it is possible to overlook how much work goes into that immense performance. BLUE ROBINSON

Under pressure
Even when your name is Elvstrøm you have to work hard to stay in front, as JESPER BANK explains to DOBBS DAVIS

Spectaculoso
Round Two of the America’s Cup World Series in Plymouth was exactly that... The omens look good

Success through failure
JAMES GROGONO is one of the pre-eminent names in the pioneering history of foiled sailing. But it was not just sailing that he tried to change

The man for all reasons
STAN HONEY is a remarkable fellow... no surprise that he too is beavering away to ensure that AC34 is like nothing that has gone before it

Update
TERRY HUTCHINSON gets waterlogged in Plymouth, a Portugese AC view, the Team Korea back story, ENRICO CHIEFFI calms the ship. Plus there really is nothing new, with BUTCH DALRYMPLE-SMITH and ROB MUNDLE

The winner of the 1960 Finn Gold Cup, Vernon Stratton, who passed away in late August (and to weather, of course, in UK4). Stratton was a huge figure in the Finn Class and also for British Olympic sailing. A great deal of Team GBR’s modern success is owed to foundations put down by Stratton, when as Olympic team manager he established sailing as the country’s pre-eminent source of Olympic medals. Always current and enthusiastic, his wise counsel will be much missed.
– Editor 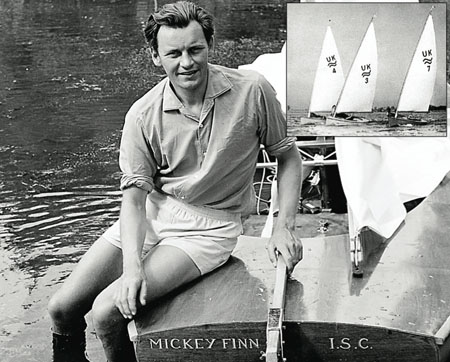