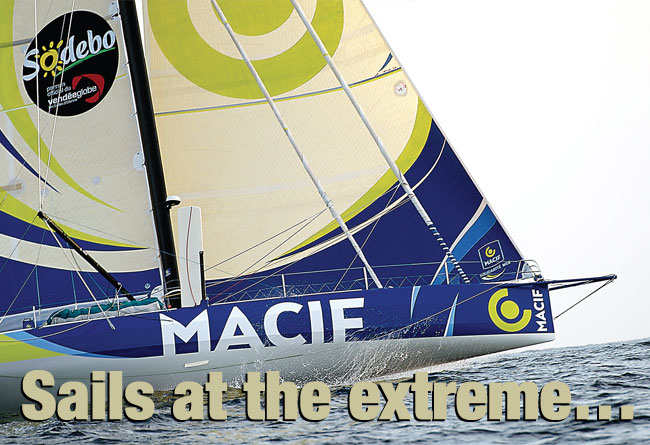 I like to imagine Leonardo da Vinci, a thoroughly modern and competitive man back in the day, peering over his cappuccino early one morning in 1506 at the nearly finished painting on that 30x21in frame, of a young woman soon to be of great renown. He picks up his brush, and with a flick of the wrist drops the smile onto the face of the Mona Lisa and says to himself, ‘Take that, you bastards.’

When François Gabart crossed the Vendée Globe finish line in Les Sables d’Olonne he brought his 60ft monohull back from the tour of the planet in record time, and with a haul of records to his credit. If that was not enough, three hours later his stablemate Armel Le Cléac’h on Banque Populaire finished in second place.

It was at this point I started thinking about Leonardo and wondering if Michel Desjoyeaux might have been thinking the same. And who among us would consider those thoughts less than well deserved? The last two races having been dominated by the ‘House of Mich’, he has done it better than anyone else of his generation.

Thousands of miles away across the proverbial pond I was having those da Vinci thoughts myself for a different reason. Gabart sailed across the finish line with 3Di sails, the third person to win an Around the World (ATW) race in as many years with North’s newest sailmaking technology. A technology barely five years old today propelled the winning boat to victory in the last three ATW races: the Barcelona World Race, Volvo Ocean Race and Vendée Globe. An unprecedented achievement in the history of racing sails.