Seahorse: Bruno, what does the America’s Cup mean to you?

Bruno Troublé: I think it’s my life. I changed my life really because of the Cup. I used to be a lawyer in Paris – which was boring, but my father was a lawyer and his father was a lawyer so it was an old ­practice, and being an only son with three sisters… I understood early that I had to take over my father’s business, because in France you cannot sell a law firm. If you stop you stop. Then in 1968 there was the student revolution in France so, at 22, ­suddenly I thought, ‘What am I doing?’

Actually, I continued with the law for a few more years… but I was so bored. Eventually I did decide to change my life and sail as much as I could; and I managed to do some business at the same time, bringing Louis Vuitton to the Cup in 1982. That was the best move of my life. Since then I have not missed any – any – race day in the America’s Cup.

Since then the Cup has travelled from Newport to Perth to San Diego to ­Auckland and so on – and there has been no permanent body involved, so Louis Vuitton had been the guardian of the event over the year

When the French brand returns to the Cup in 2013 it will be to a very different picture to the majestic elegance of the 11 ACC yachts that fought it out to challenge Alinghi in Valencia four years ago; a small handful of AC72 cats may not have the presence of these 25-tonne monsters but expect them to achieve more front pages 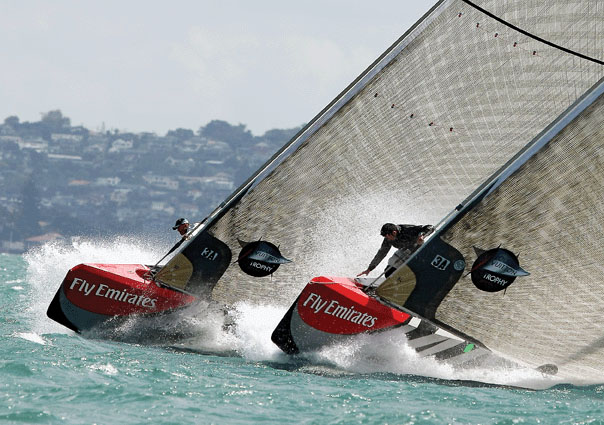