The search for ever-improving mechanical performance has driven numerous advances in the field of composites, but for many years now the material of choice in several fields has been carbon fibre prepreg. ‘Prepreg’ is simply shorthand for a fibre or fabric that has been pre-impregnated with a thermosetting (heat-curing) resin system.

There are many different types of thermo­setting resins to choose from to make a prepreg. However, due to their good balance of strength, toughness, adhesion and ability to generate excellent levels of mechanical strengths from relatively low cure temperatures, epoxy resins have tended to dominate prepregs in advanced composite structures. As such, epoxy prepregs’ use is well established in aerospace, Formula 1 and high-end sporting and raceboat applications such as the America’s Cup.

Chief among these prepregs in the marine market has been our own SE 84LV system. SE 84LV prepregs have particularly good compressive strength – comparable in performance and handling to aerospace 120°C prepregs – but they delivered from cure temperatures as low as 80°C. So when looking to benchmark any improvements in resin-dominated mechanical ­performance, it was only natural that with a wealth of processing and mechanical data built up over the best part of two decades, SE 84LV would prove our yardstick when looking at ‘the next big thing’: nanotechnology...

When looking at improved toughness in a resin matrix for marine application the understandable tendency is to look immediately toward larger boat designs. However there is at least as much potential for such improvements to make themselves felt in production small boat designs – especially those which see the hardest work such as the Olympic 470 class, with its long and expensive history of hulls with a very short competitive life 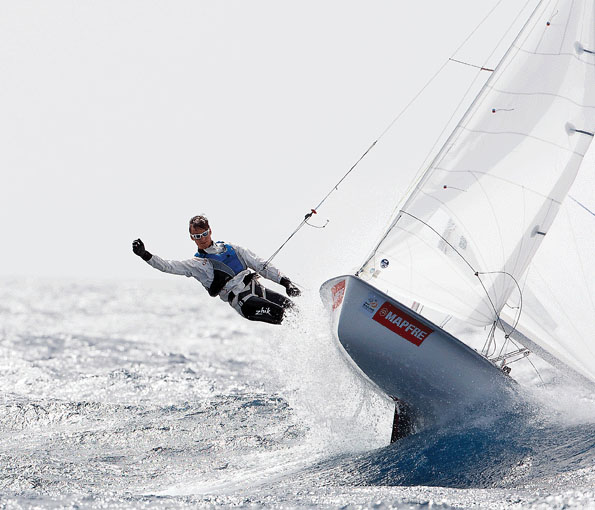