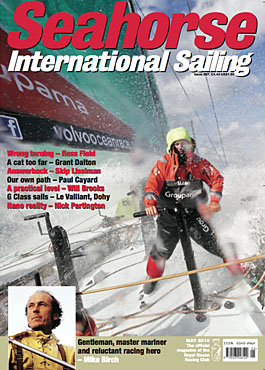 A rare glimpse
MIKE BIRCH is one of the sailing greats, though he can be harder to track down away from the water... as JOCELYN BLERIOT discovered

A long road travelled
The sails on Banque Populaire V performed faultlessly around the world... but that had very little to do with luck. JEAN BAPTISTE LE VAILLANT and CESAR DOHY

Sailor of the Month
Two of the very best (but of course...)

Below: the square head is so 2011... They may lead, they may follow, but what you see working in the skiffs is likely to find its way on to a big boat some time soon. One of the greatest moments in modern ocean racing (left) as Mike Birch drives his tiny Walter Greene-built trimaran over the maxi sloop Kriter at the finish to win the first Route du Rhum in 1978 by just 98 seconds... and so create a legend of both the race and of a humble but brilliant skipper 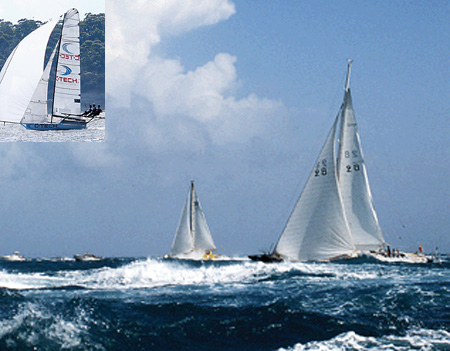