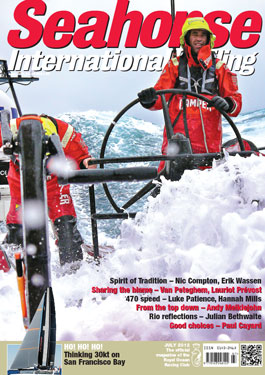 Design for manufacture – Not so fast!
MARC VAN PETEGHEM and VINCENT LAURIOT PREVOST feel strongly that the designers and builders are not entirely to blame for the recent spate of raceboat structural failures

Top down
We just needed better torsion cables in order to make top-down furling a broader reality… and now we have them, says ANDY MEIKLEJOHN

Artisan approach
RYAN GODFREY made sure the cameras were all off before he started rebuilding Puma’s 3Di J2 headsail. But BLUE ROBINSON was in there…