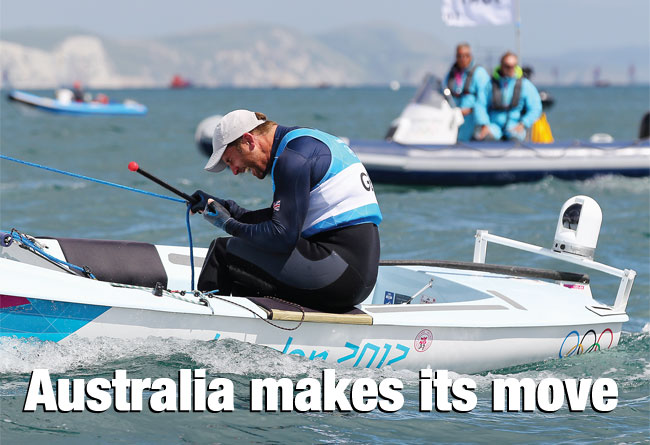 Of course we always knew Ben Ainslie was going to win, didn’t we! Maybe that’s why Ben made it so hard on himself, just to prove us wrong. When I interviewed Ben soon after his dominant victory at the Finn Gold Cup in Falmouth earlier in the year, he made it clear just how much that presumption of dominance by others irritated him: ‘Sometimes it can be a bit frustrating – the expectation that I should win.

‘There are even people who I think should know a lot better, very experienced sailors who’ve been around the Olympic world for a long time. They come out with crazy statements like, “Oh, you don’t even need to train, just turn up and you’re going to win.” I know, and I think most good sailors know, that you have to put a huge amount of effort into all these campaigns. ‘And, as usual, the harder you work the luckier you seem to be…’

Of course he’s right and, as Ainslie reluctantly acknowledges, he has rarely made it easy at the Olympics. Every one of his previous four Olympiads has demanded a struggle of Olympian proportions, not least that notorious match race in Sydney against the nemesis of his early career in the Laser, Robert Scheidt. So when he opened his account at London 2012 with two second places, things weren’t running to the usual script. It was actually a very good opening day. OK, the Dane Jonas Hoegh- Christensen (son of North director and offshore champion Jens) had scored two bullets, but that couldn’t last, could it?

Ben had just got past his opening day without a shocker. This would be a walk in the park. Instead, the wheels fell off the Ainslie wagon on day two while Christensen turned in another blistering performance. In fact, after six races Ben hadn’t managed to beat the Dane in a single one.

Now it was reaching ‘situation critical’. Then came that mark rounding… Dutch sailor Pieter-Jan Postma rounded the leeward mark in the lead, looked back and was convinced he saw Ben in second scrape the mark. A few lengths further back, Hoegh-Christensen added his cries to Postma’s; now it was two against one. Ainslie felt compelled to take a penalty turn.