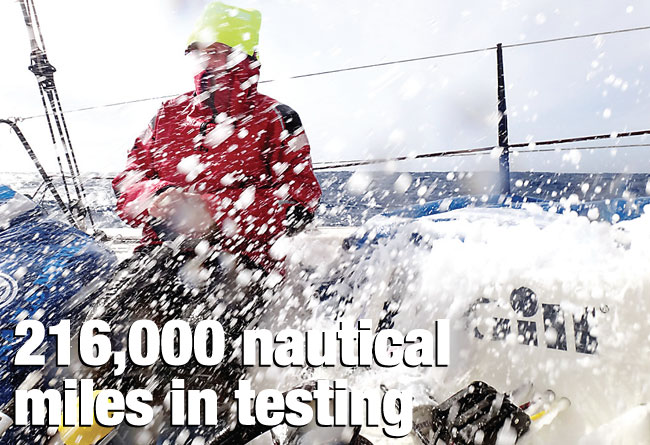 How Gill designed and tested their new Ocean Racer range

Gill is a genuine rarity these days, a company that only does one thing: make ultra-technical sailing clothing. This total focus on high-performance sailing clothing ensures Gill is at the cutting edge of technology at every level. To make sure this is achieved the company has one of the most comprehensive R&D centres in the industry with nearly a quarter of the staff working in design, development and quality control. A perfect example is the new Gill Ocean Racer range which was one of the most extensive development programmes ever undertaken at Gill…

RESEARCH
‘It starts with a series of interviews with pro-sailors’
As with all Gill developments, the process begins with a series of interviews with both existing customers and professional sailors to identify points of weakness and improvements that could be made to prototypes, existing products and other garments available in the market. In this case Gill held discussions with the crew of the 100-footer Rambler who had been using the existing Ocean Racer range for an extended period. Garments were carefully inspected to identify points of wear and then see what improvements could be made. 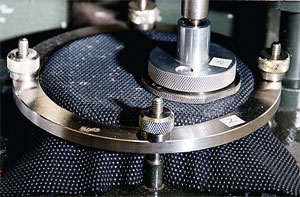 PROTOTYPE AND INITIAL TESTING
‘There is no tougher test than the Southern Ocean’
Once the initial design had been approved first prototypes were produced and put on test. The early garments were tested on the Transglobe Exercise – the UK combined services’ round-the-world race. Participants were already wearing the current range, so a comparison in like-for-like conditions was easily undertaken.

There is no tougher testbed than the Southern Ocean on a wet Challenge 60 yacht with 12 Armed Services crew onboard. Garments were swapped over at each stopover and returned to Gill for careful analysis. Second-generation testing took place on the doublehanded Global Ocean Race with Conrad Colman, who sent regular feedback from onboard, and again garments were swapped over at race stops.

FEEDBACK
‘Three times more durable than Kevlar’
After 12 months on the water the garments themselves and the feedback were carefully analysed. One area singled out for improvement was the abrasion resistance of the trousers and elbows on the tops. The previous-generation Ocean Racer range used Kevlar to reinforce these areas. However, Gill’s fabric searches turned up a new epoxy resin-coated fabric known as SuperFabric ™. Lab testing showed this to be at least three-times more durable than the Kevlar reinforced fabic it would be replacing.

In addition, some clever new construction eliminated the back seam on the trousers, adding further to durability. Another area of wear that had been noted was rubbing across the shoulders from harnesses and lifejackets, as well as on the inner thigh when crew were climbing the mast. A heat-applied abrasion-resistant fabric was added to these areas that also offered more grip – particularly handy when climbing the rig.

There were two others areas of significant improvement. Firstly, a new external retractable cuff adjuster was introduced that greatly improves protection from irritating water ingress.

Secondly, the trouser incorporated a new stretch panel on the back of the garment for increased freedom of movement plus adjustable shoulder straps that no longer require re-threading each time they are used…

IN THE LAB
‘Fabrics are flexed 100,000 times’
Testing is not just carried out on the water. Gill has its own in-house laboratory where a range of marine-grade tests have been evolved. For example, fabric abrasion testing is done using 320-grade sandpaper… very aggressive but in practice not unlike the deck on many boats. This was particularly relevant for the testing of the new SuperFabric™.

Normally a fabric will be tested until a hole appears. The Kevlar, for example, was stopped at 70,000 cycles. After 200,000 cycles it was apparent the SuperFabric would go on and on and the testing was suspended. There is also a high humidity oven where fabrics are steamed continuously for seven days at 70°C to simulate years of active use. Fabrics are tested for waterproofness at the outset and after this artificial ageing.

The reason for all these vigorous tests is that saltwater is far more abrasive than fresh water and sailors literally sit in it and have it firehosed at them rather than it just raining from above. Fabrics are also flexed 100,000 times before being retested for waterproofness, simulating the flogging they’ll take from the wind.

In creating the latest OC Racer a total of 32 different materials and components were subjected to 16 different tests including waterproofness, breathability and durability.

The Gill OC Racer – where absolutely nothing has been left to chance.