News Around the World 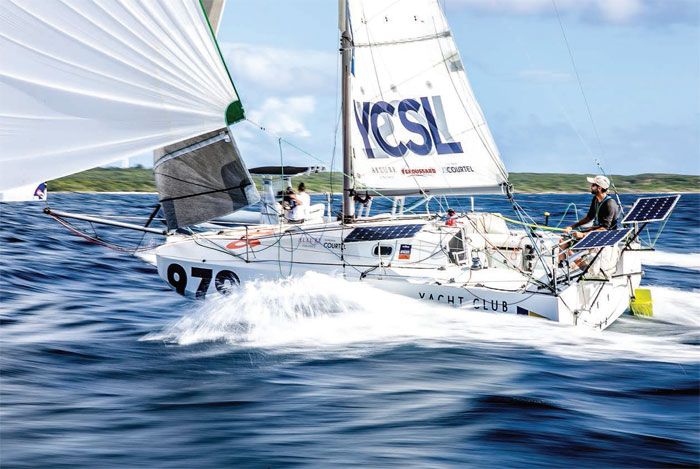 Pierre Le Roy was the king of the 2021 Mini Transat
Friday 12 November at 13:02 UTC, after 13d 23h at sea, Pierre Le Roy crossed the finish line of the second leg of the 23rd Mini Transat EuroChef (2,700 miles between Santa Cruz de La Palma and Saint-François in Guadeloupe) with a sizeable 14-hour lead over his closest rival, the Italian Fabio Muzzolini.

Third at the end of the first leg between Les Sables d’Olonne and La Palma, just 1h 9m shy of the leader Tanguy Bouroullec (and less than 6m behind Muzzolini), the skipper of TeamWork has demonstrated real flair and determination during act two by opting for an extreme trajectory to the south. A strategic choice that was as bold as it was hard fought, it enabled him to secure a fine leg victory as well as first place in the overall ranking onboard his David Raison design he built himself.