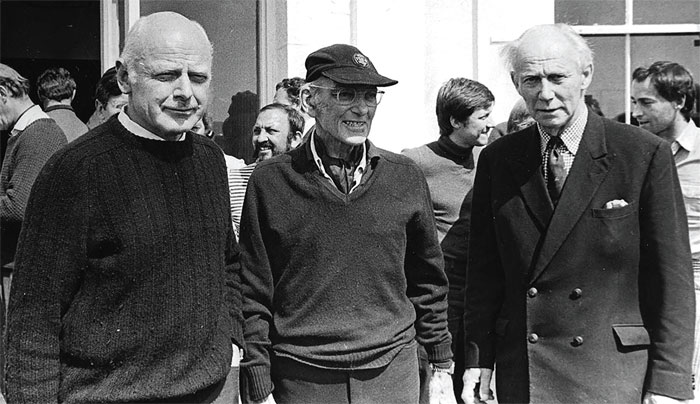 Short-handed sailing is here to stay and Plymouth’s Royal Western Yacht Club (RWYC) is leading the way with a host of short-handed sailing opportunities designed to whet the appetite of sailors who, due to the Covid situation, have been starved of races, up until now.

In 1960 the Club, which was founded in 1827, introduced an innovation that had a profound effect on ocean racing – short-handed races. The first Observer Singlehanded Transatlantic Race (OSTAR) was the result of a request from Lt.Col. H.G. (Blondie) Hasler to organise a singlehanded race against the prevailing winds and current across the North Atlantic. Five yachts sailed from Plymouth to New York with Francis Chichester coming first in Gipsy Moth III. This was followed in 1966 by the first Two-Handed Round Britain and Ireland Race (the RB&I), and in 1981 by the Two-Handed Transatlantic Race (or TWOSTAR) — and so a tradition was established.

The OSTAR and Double Handed RB&I remain two of the best-known and most influential races in the world and the RWYC, a pioneer in short-handed sailing, has once again been key in progressing the sport to what we see today. The OSTAR went on to provide a breeding ground for some of the world’s top oceanic solo sailors such as Loick Peyron, Eric Tabarly and more recently, Pip Hare. This format was later to inspire such races as the Route du Rhum and the Vendée Globe. Indeed, it is here that the Fastnet Race originated in 1925.

Main picture: where it all started, back in 1960. The OSTAR’s founding trio Blondie Hasler, Francis Chichester and Jack Odling-Smee on the iconic veranda of the Royal Western Yacht Club overlooking the natural sailing amphitheatre of Plymouth Sound

As time progressed, so did the level of commercialism within some of these races. The boats, the entry numbers and the demands of key sponsors were escalating. Soon, a deal was done to allow a professional team in to drive the OSTAR to what we know now as the Transat. The title name was retained by the club and a return to the Corinthian spirit of the race began. Likewise, the recent move of the Rolex Fastnet finish gave room for a return to the original course being reinstated as a Corinthian race. Pip Hare was to return to Plymouth victorious as line honours winner in the Original Lonely Rock Race, which picks up on the history of the Fastnet by starting at Ryde in the eastern Solent with the very first start line partners, the Royal Victoria Yacht Club, and finishing off the breakwater in Plymouth.

Recent social distancing restrictions may have been partly responsible for this upsurge in interest for double-handed and solo competition. Once there was a drought of races open to the amateur sailor who, no doubt inspired by the Vendée Globe, wished to go to that next stage without having to rely on the commercial aspect of our sport to afford a place on the start line. Such events as the Golden Globe Race and the recently launched Global Solo Challenge are but two of the many new oceanic events open to anyone with the experience to take part and the desire to race short-handed.

As for so many other sports and clubs, the global pandemic has been challenging and has required plenty of thinking outside the box to pave the way forward to whatever the new normal will be. Among the difficulties there have also been opportunities especially for shorthanded sailing where the steady growth in this type of racing has been accelerated due to the Covid restrictions that have made fully crewed racing tough for many teams to manage.

Those that have had to reduce their crew to be able to sail within the Covid regulations have stumbled into discovering a new style of sailing that is not only easier to manage, but more rewarding as well, especially when racing offshore, as it gives everyone a real cross section of roles to play. With any short-handed format, there is no longer room for passengers on the rail, instead a true feeling of every one of the crew becoming part of a team, each with a number of responsibilities, providing a learning environment like no other.

This steady growth in shorthanded racing, along with the changes in the Fastnet course with its finish in Cherbourg rather than Plymouth, has presented an opportunity for the club to move ahead and explore other alternatives to the shorthanded approach with new races and a brand new format for this short-handed phenomenon. 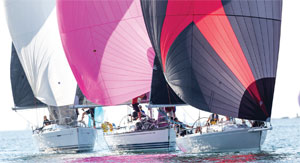 Above: the inspiration for the RWYC’s new emphasis on shorthanded racing came from local skippers who found, during last year’s Covid restrictions, that they enjoyed racing more when they had fewer crew on board.

‘The natural sailing amphitheatre of Plymouth Sound clearly continues to have strong maritime links with a wide range of activities from naval and commercial shipping to leisure based boating,’ says commodore Chris Arscott. ‘And this relationship with the sea and the surrounding areas has meant that we have always been keen to embrace a wide range of sailing events. We work closely with the city council to make sure that the region puts on a good show and enjoys the benefits. From local racing to national and international championships, through to grand prix events such as the America’s Cup World Series back in 2011, these are events that have been great for the city. This year Plymouth is hosting SailGP in July and we are sure it will do the same.

‘Alongside this, the wish to uphold the huge races we have mentioned, including the Original Lonely Rock Race, coupled with the development of short-handed sailing is something that we continue to focus on. We have and will always put the racing first. Despite Covid, we were still able to successfully run the Original Lonely Rock Race in really challenging conditions, the only overnight offshore race to be held in the UK for the entire year. Whilst respectful of the global situation we held a very positive outlook throughout to ensure we could offer sailors something to look forward to. We had huge international interest in the race and saw the entire environment as a landscape to develop new ideas’, explains race director and acting rear-commodore oceanic Adrian Gray.

‘One such idea was to refine and develop the Lonely Rock Race, not only with the original course but also with a biennial, alternative race for those who would prefer not to start and finish in two different places, or indeed countries. This year sees the introduction of a brand-new race, the 500nm Plymouth Lonely Rock Race, which will start and finish in Plymouth and round the Fastnet Rock. We will also run the Original Lonely Rock race in 2025 marking the 100th year of the course set out by those pioneers back in the day. Plymouth City Council is really excited by this and has offered full support. This race will include some great events within the city. We are all excited to be part of it.’

Whilst the race is open to fully crewed boats, it is also aimed at solo and double-handed entries, but with a unique innovative twist in that the RWYC will be providing a new class, ½ Crewed, where total crew numbers cannot exceed 50 per cent of their certified crew number. A new format for the RB&I has also been introduced, some of which will then roll into some new oceanic races which the RWYC will be announcing very soon. ‘The idea for the half crew format came from the local sailors restarting their racing on WhatsApp with the specified reduced crew numbers. We suddenly saw more boats out. We spoke to some owners who all seemed to be having more fun with less crew worries and more to do on their boats whilst racing. We have also been working on some areas where we felt the need to enhance what we had. 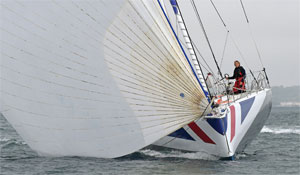 ‘We also learned that starting and finishing from Plymouth not only made the race duration more manageable, but also reduced the tidal gate issues at Hurst Castle, Portland and Start Point. This means that competitors have a slightly shorter race to the Fastnet Rock without potential for huge tidal gains and losses and without the logistical challenges of the start and finish being in two different places. The club took note from several solo sailors who said this would be a more manageable format than sailing from the Solent to Land’s End, this way they could theoretically get to the Irish Sea in relative safety before needing to sleep.

Entries for the Plymouth Lonely Rock Race are open to a wide range of classes within a size range of 27-70ft including Mocra, Open 60 (pre-2007), Class40, Mini Transat, and IRC fleets. Besides the fully crewed option there are formats of single-handed, two-handed and the all new ½ crewed.

The last year has clearly been a very challenging time for everyone but there has also been pause for thought and the result is some exciting times ahead,’ says Arscott. ‘The racecourses haven’t changed, the competitors are clearly still there, but the subtle changes to the way in which we manage the racing appear to be fuelling the interest and support.

Due to recent announcements by the Imoca Class, the RWYC has recently adopted the older generation of the Open 60 fleet who are now able to take part in their race programme. As with all other aspects of its race plans, the RWYC is making positive steps for offshore and oceanic yacht racing at all levels whilst additionally providing a space for the earlier generation boats to hold value with a new opportunity to race for the iconic OSTAR trophy amongst others.

Having recently been honoured with Platinum Status and listed in the Forbes Top 50 most exclusive yacht clubs in the world, the RWYC will forever hold the accolade of being the original, pioneering shorthanded and oceanic authority in the world. Additionally, it is fortunate to have a forward-thinking, innovative membership who respect their custodial responsibilities to a club of such historic significance. We look forward to seeing what is next for the Royal Western Yacht Club.