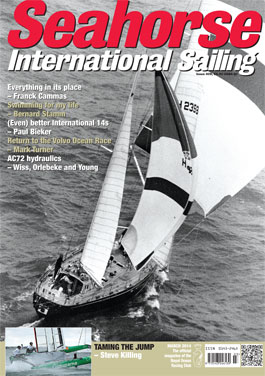 Not so new kids
A look at Milan-based Advanced Yachts

Update
TERRY HUTCHINSON heads south, things begin to evolve at Team New Zealand, a plea for simplification, a stylish new offshore regatta sees IRC making inroads into the Adriatic, Scheidt really is the king (in Nassau as well as Oman). Plus the reality of that San Francisco weather…

IRC column
It comes down to the racecourse – JAMES DADD

Sailor of the Month
Two experts in the art of persistence