There is another way 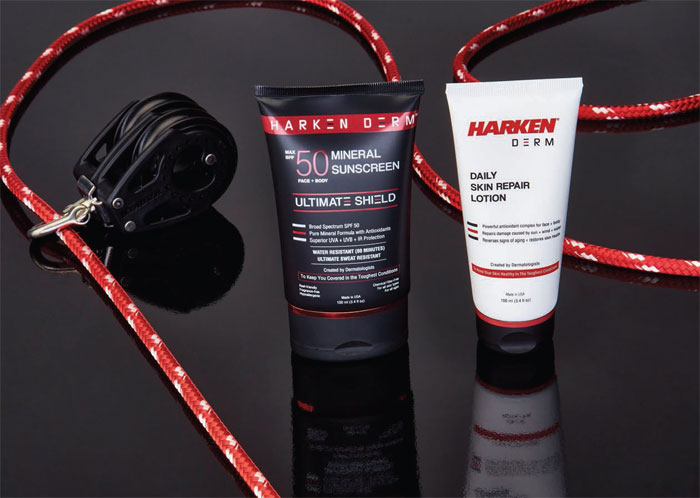 Please read carefully and then share... because these few pages of Seahorse really could save your life

Dr Edit Olasz Harken, MD, PhD, is a practicing dermatologist with a research background and expertise in the field of skin cancer prevention. She talks to Jimmy Spithill after the America’s Cup in Auckland, about another difficult fight in his life…. against the deadly rays of the sun.

Q: As a redhead, growing up on the water in Australia in the days when the ozone layer was pretty thin above you, was it really like having to fight the sun with a knife while the other kids with darker skin had the guns?

JS: I noticed I had to protect myself when I would blister, and a lot of my mates hardly had to wear any protection at all. One of my best mates at school was of Tongan heritage, and he used to take delight in my wiping all this sun cream all over my red face any time I had to venture out during the summer!

Q: How did you protect yourself when going to school on a boat every day? Did you use sunscreen or just protective clothing? Did you have any idea what sunscreen to use? 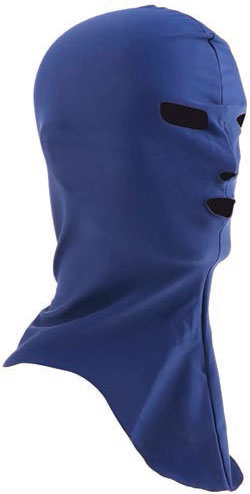 Sun protection is crucial for sailors, especially those with fair skin. You could wear a full-face balaclava to avoid skin damage from UV rays... or simply slap on a barrier coat of Harken Derm. Unlike other sunscreens, this one is optimised for sailing

JS: Typically protective clothing and a hat. I remember we had a great rule at primary school that during lunch it was: “No hat, no play”, meaning you couldn’t go out into the school yard or field, unless you brought a hat. A lot of the time we would use sun cream endorsed by the “Cancer Council” in Australia.

Reducing cancer rates
Due to the high UV index that resulted in increased melanoma rates in Australia, the Cancer Council Victoria launched the iconic “Slip- Slop-Slap” campaign in 1981. Later it became Slip, Slop, Slap, Seek, Slide famously advertised by Sid the Seagull. Sid taught school children to slip on a shirt, slap on sunscreen, slap on hat, seek shade and slide on sunglasses. The campaign was so successful that Australia was the first country that could show reduced cancer rates between 2000 and 2011 in young adults that grew up with the education.

At a recent Optimist regatta in Florida there were 160 boats from all over the US including the kids from the Midwest whose skin hadn’t seen the sun since last summer. Many burned after the first day of racing. Early age sunburn has the most impact on skin health, it induces freckling, sunspots and increases the risk of melanoma. It’s been shown that five or more sunburns as a teenager almost doubles the risk of melanoma.

Q: How do you teach your kids to use sun protection? How can we do better in the sailing world to educate young sailors?

JS: Fortunately their skin isn’t as bad as mine, but still they are quite fair. I show them pictures or what happens, my Dad shows them the scars of where he has had things cut out and burnt off and explains how important the issue is. It may sound like “shock factor”, but I believe with kids, and probably more so with boys, it’s the only way to get through.

Q: There are more than 2000 “different” sunscreens on the US market. How do you choose which sunscreen to use? Has the way you select your sunscreen changed? Do you choose a sunscreen according to the activity you do?

JS: This is something we had no idea about early on and I’m actually worried how much damage people have done putting certain chemicals on their skin and absorbed into their bodies. Like food, I really pay attention to what the ingredients are now on the back of sun protection creams. I always use something that is waterproof and doesn’t come off easily, given the activities I do are in an environment where you either sweat or get hit with water a lot. But my rule is always ask the experts and get a few opinions based on your skin type. 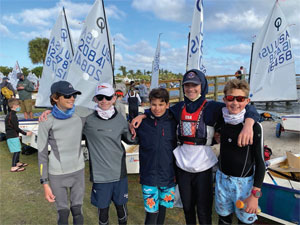 At this Optimist regatta in Florida, many of the fairskinned kids were sunburned on the first day of the regatta because they werenʼt adequately protected. Early age sunburn can have serious effects later in life, significantly increasing the chances of developing skin cancer 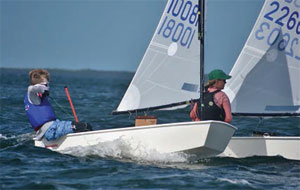 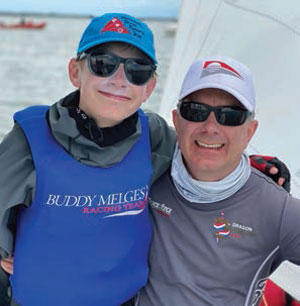 High-risk skin types
Dermatologist give their patients a so called “Fitzpatrick skin type”, based on how easily they tan and whether they burn or not. You would qualify as Fitzpatrick I – always burns and never tans. The sad news is that people with Fitzpatrick type I skin, especially red head, white skin individuals have a mutation in the gene that codes for melanocortin receptor-1 (MC1R). This is the receptor that is activated upon sun exposure and helps the melanocytes (pigment producing cells) to produce pigment called melanin. Melanin is like the skin’s own sunscreen, an umbrella and chromophore that sits on top of the nucleus of skin cells and absorbs the UV rays.

There are two forms of melanin, eumelanin and pheomelanin. The relative amounts of these two pigments help determine the colour of a person's hair and skin. People who produce mostly eumelanin tend to have brown or black hair and dark skin that tans easily. They have much lower risk for skin cancer. Eumelanin is a much better umbrella and protects skin from damage caused by ultraviolet (UV) radiation in sunlight. People who produce mostly pheomelanin tend to have red or blond hair, freckles, and lightcoloured skin that tans poorly. Because pheomelanin is essentially a transparent umbrella and does not protect skin from UV radiation, people with more pheomelanin have an increased risk of skin damage caused by sun exposure. Unfortunately, it has been shown that pheomelanin can produce harmful reactive oxygen species that can contribute to cancer development even after sun exposure. So red haired individuals really need to mitigate sun exposure and use antioxidants.

Q: Let’s talk about our first conversation about skin care many years ago, I wrote about it in Seahorse last year (May 2020 issue). It was a seminal discussion and gave me the final push to start Harken Derm and the Harken Derm two-step solution; morning protection and evening repair.

Q: I created Harken Derm specifically for sailors. It is very high SPF, acts like a shield, quick drying, not oily, thick so it doesn’t drip on the deck, super-water resistant, so much so that it takes some effort to wash it off at the end of the day and most importantly, doesn’t smell like coconut or vanilla (scent can be dangerous in sunscreen). And of course, it has the added benefit of potent antioxidants, the second line of defence.

JS: For me the perfect sunscreen would feel and look like you didn’t have it on. I would love to see a really good chap stick, as my lips have been hammered over the years. Either I feel sick due to the flavour of some chap sticks, or they simply don’t work. Also, as a parent, it’s a battle to get my kids to rub sun cream on, so I’d love to see a spray come out from Harken Derm. It just seems such a simple and fast way to apply it, especially to kids! At the end of the day as sailors, we are always thinking about performance and trying to make the boat goes as fast as it can but be in balance. A big part of that is us and being in the best condition possible. Something I think isn’t focused on enough in the sport of sailing is diet/nutrition, and skin care and sun exposure. They all play a huge part in performance and health.