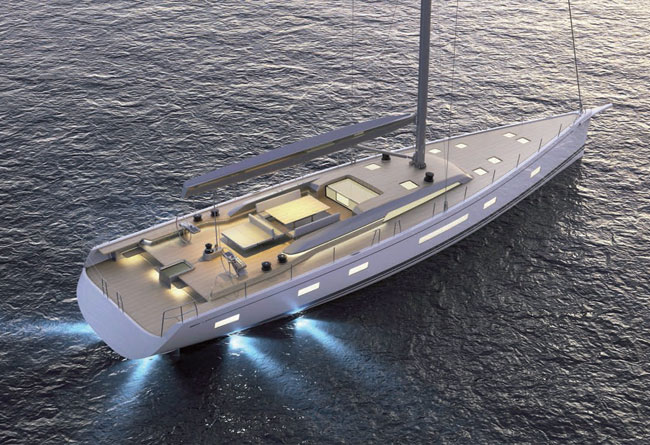 Nautor’s Swan has a unique reputation and its current offering is truly extraordinary, ranging from the most luxurious of world cruising yachts to some of today’s most advanced and sophisticated one design racers

It’s one of the most iconic brands in yachting. For the last 50 years, Nautor’s Swan has held a unique position in the boatbuilding industry, achieving a successful and precise balance between heritage and innovation while producing some of the finest large, high-performance sailing yachts afloat.

It all started in 1970 when an expert client asked Nautor – a young, up-and-coming boatbuilder back then – to build a 17-metre racing yawl in fibreglass, to a design by Sparkman & Stephens. It was a pioneering project. At that time, the Swan 55 was one of the largest yachts ever to be built in GRP and also one of the largest ever produced in series. Sixteen of them were built and Nautor’s Swan never looked back. Its next model, the Swan 65, won the first Whitbread Round The World Race in 1973 and the rest is history.

Almost everything has changed since then, in terms of technology and also the ways in which we choose to sail, yet it’s still possible to follow a continuous evolution of large Swan yachts from the S&S-designed race winners of the early 1970s through many generations of designs to the three current models in the MaxiSwan division, the Swan 120, 98 and 88. At any time between then and now, the essential qualities and hallmarks that define a Swan – and especially a maxi-size Swan – have remained constant. And it’s not about grand prix racing results but it is all about innovation.

‘Our company culture is founded in our heritage but we always look forward,’ says Giovanni Pomati, chief executive at Nautor’s Swan. ‘Throughout our history technology has always been our inspiration.’

Main picture: the brand new Swan 88 points the way to the Maxi Swan division’s future. Key design hallmarks include high-volume hulls with exceptional form stability, dual-use deck plans that give equal emphasis to use at anchor and under way, and huge through-hull windows to flood the interior with natural light. Today’s Maxi Swans are packed with motor yacht-inspired innovations like underwater lighting and beach club facilities in fold-down transom sterns

The distilled essence of Swan is not just a yacht that looks good, sails well and is built by master craftsmen using top-quality materials. There’s more to it than that. On the water, most keen sailors can somehow recognise a Swan – almost any Swan – from a mile away. At the helm, any Swan will behave, react and feel like a thoroughbred. And while the design of Swans inside and out has always been strongly informed by the latest ideas, they also have a surprising ability to stand the test of time, as witnessed by their high resale value and the fact that many Swans aren’t sold but stay in the family, passed down from one generation to the next. ‘When you buy a Swan you’re buying something that lasts a lifetime,’ Pomati says. ‘Nothing is more sustainable than forever.’

An important element of Swan’s success throughout the last four decades is the strong design partnership with Germán Frers, which continues to this day. ‘The first Swan I designed was the 51 right after the 1979 Fastnet Race,’ Frers recalls.

‘She was the Swan version of Blizzard, the 51-footer that did extremely well during the Admiral’s Cup inshore races. I was not involved in any of the Swan designs during my time at S&S. I just heard all the good comments Rod Stephens made about the Swan builders in Finland and looked over my shoulder at the work Frank Kinney was doing on the Swan 43, their second model.’

Frers’ 41-year tenure (and counting) as Nautor’s designer of choice is arguably one of his greatest achievements in a remarkable career. ‘Swans have been the most copied and imitated sailing yachts over the last 30 or 40 years,’ he says, ‘But there has always been an element of uniqueness within the Swan DNA that has never been matched.’ Unsurprisingly, though, he is coy about the contents of his secret recipe.

The turn of the millennium brought fundamental change: first the creation of ClubSwan in 1999 and more recently the establishment of the MaxiSwan division. An important milestone was the launch of the Swan 115 in 2015. ‘I was not here when Leonardo Ferragamo separated the product lines but it was the right decision,’ Pomati says. ‘It allowed us to get more focused with the targeting of our different yachts. Our Swan and Maxi Swan divisions have more DNA in common than ClubSwan but there is an important difference between them.’

For the smaller Swans there is a strong focus on the efficiency and repeatability of production processes, while the MaxiSwans are built with different construction techniques more appropriate to small-series production and the yachts’ large size. While the Swan division offers ample scope for customisation within the parameters of series production, MaxiSwan takes it to a different level. A typical new build project will have considerable input not just from the owner but also the yacht’s captain and often a team of consultants, too. However, the shipyard’s 250-plus workforce and the highly skilled freelance contractors that work alongside them are not confined to a single division within the company. Instead, their individual skill sets are deployed across the divisions as needed.

There’s an interesting dichotomy in the success of the ClubSwan division being built on restricting owners’ options with strict onedesign rules to ensure more closely matched racing, while within the same shipyard Maxi Swan is focused on giving owners as much choice as possible. ‘Our inspiration for the ClubSwan 80 is that the world of racing at maxi size is getting a bit tired,’ Pomati says. ‘Why can’t it be owner-driven with super performance but on a controlled budget? In a one-design class, racing is much more about training and teamwork, the owners improving their skills race after race.’

Nautor’s approach, with onedesign racing and semi-custom performance cruising divisions, was born out of the frustrations of Swan maxi owners 20 years ago, when it took weeks to transition their yachts between cruising and racing modes. And it echoes the strategy of a highly successful carmaker, Pomati explains. ‘You don’t buy a compromise car when you buy a Ferrari,’ he says. ‘You buy a GT to drive around the Côte d’Azur or a sports car to compete in the Ferrari Challenge.’

Above: the new Juan K-designed ClubSwan 80 promises super-high performance in a maxi-size one-design class for owner-driver skippers. It’s a logical progression from the C-foiling ClubSwan 36 but it’s also a big step up.
Below: the real revolution in Maxi Swan design over the last 15 years is how the yachts’ interiors have changed from offering practical accommodation for very large racing crews to being luxurious retreats for owners with a few privileged guests.

Below: viewed from this angle, the design DNA shared by the ClubSwan 36 and the new ClubSwan 80 (pictured) is obvious 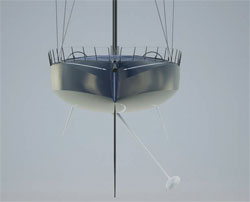 The ClubSwan 125, however, is a yacht that to some extent straddles the gap between the two divisions. ‘A one-design class at that size is almost impossible,’ Pomati says. ‘The 125 is not trying to do that, it is designed to take line honours in major ocean races. It is a fantastic opportunity to gain experience at the cutting edge of technology and innovation – we are learning a lot from that project.’ And that learning is of course driving innovation in the Maxi Swan division.

ClubSwan’s focus on racing yacht development gives Maxi Swan more freedom to innovate in different ways and it, too, is growing as a result. A significant number of its new clients are ex-motor yacht owners, crossing over to sailing yacht ownership now that a sailing maxi can finally offer the levels of comfort and luxury that they require – and also because sailing offers another type of experience. ‘Some of our owners also have a big motor yacht,’ Pomati says. ‘They tell me the difference is that on their sailing yacht they feel at home; on their motor yacht they feel like a guest in a five-star hotel.’

A lot of Maxi Swan’s recent innovations have been in step with developments in the motor yacht industry. The current models’ hull speed under power is comparable to that of many large motor yachts so delivery passages between ports take the same amount of time. You’ll find the same sort of beach club area on the stern of an anchored Maxi Swan that you’d expect on a megayacht. ‘But the big revolution is under the deck,’ Pomati says. Indeed, the interior of a Swan 98 or 120 has the same open-plan spaces, flooded with natural light, as any high-end motor yacht. On deck, too, a lot more thought has been given to creating an enjoyable, relaxing space for the owner and guests to use while the yacht is at anchor.

The recently announced Swan 88 is a ground-breaking design and a significant step in Maxi Swan's new direction, heralding a completely new way to live on board. Its innovative coachroof has an integrated sprayhood and bimini while the deck offers four different living spaces for owners and their guests to enjoy. Down below, the high-volume interior makes the best possible use of all available space and is filled with natural light.

That said, a Swan wouldn’t be a Swan if it didn’t sail remarkably well and the current Maxi Swans have the performance to beat most of the fleet at any superyacht regatta. The major change in naval architecture over the past 15 years, Pomati explains, can be seen in the yachts’ waterlines. Far more emphasis is now given to ensuring good performance in light airs, which dramatically increases the owners’ enjoyment. The new hull shapes have much greater form stability so they sail upwind with less heeling, increasing passenger comfort. And there is an increasing convergence between luxury sailing yachts like Maxi Swans and the new breed of explorer motor yachts, which are both aimed at similar people. ‘But it’s not us versus them,’ Pomati says. ‘We are all bringing people to sea and there is space in the market for us all to grow.’

So what does the future hold for Maxi Swan? Despite the groundbreaking development of the ClubSwan 36 C-foiler, we’re unlikely to see a DSS-foiled Swan superyacht in the near future. That technology is not yet appropriate for a semi-custom yacht of this size, Pomati says. Electric drives, on the other hand, are definitely coming and Swan is leading the way, working in partnership with BMW and Torqeedo. Smaller Swans are already available with e-drives and we could soon see a Maxi Swan with hybrid propulsion. ‘We are working on it,’ Pomati says. ‘It is the future, for sure.’