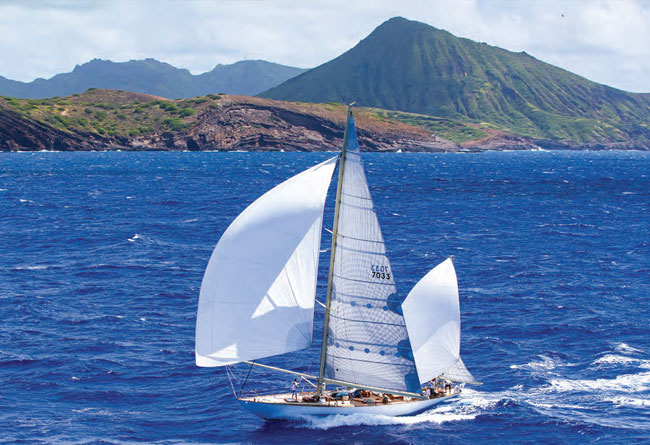 The pandemic pause of 2020 has left many offshore boats at their moorings this year, unable to race, yet with owners and crews still yearning to get back out to sea. Looking out to the horizon for opportunities in 2021, there is a classic race option that beckons: the 2021 edition of the Los Angeles to Honolulu Transpacific Yacht Race, known more simply as the Transpac.

First envisioned in 1897 by Hawaiian King Kalakaua as a friendly competition to promote good will and trade between his islands and the US mainland, this race of 2,225 miles has been run since biennially since 1906, and is one of the world’s oldest ocean races. This deep heritage is part of this race’s enduring attraction to ocean sailors everywhere, in addition to its famous course pattern of leaving the beautiful California coast to sail downwind for days headed towards the finish in tropical paradise.

To be part of this ocean racing history is an achievable goal for offshore sailors of all ages and abilities: not just the pro-level veteran teams who are racing ocean greyhounds in search of course records or corrected time victories, but the many teams of family and friends interested in a collective experience of fun and adventure like no other. Every two years they come in a wide variety of monohulls and multihulls to challenge themselves on this course – which may be particularly attractive after a year of this pandemic pause.

Main picture: the 1939 S&S yawl Chubasco nears the end of the 2019 Transpac Race with a four-sail reach along the coast of Hawaii to claim first place in Division 7.
Below: the Infiniti 46 DSS foiler Maverick chased a couple of TP52s to the finish line in 2019 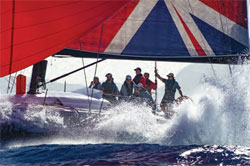 Many are new – like 75 per cent of the entry skippers in the last edition in 2019 – who are attracted to the legend of the race and want to be a part of its history. One of these was Jim Cooney from Australia who bought the VPLP 100 Comanche after she set a new course record in the 2017 race. Cooney spent many months with his team racing and training for Transpac 50, which was held last year. He says, ‘to be part of the Transpac I consider an honour in itself.’

‘The Transpac has prestige’ says Stan Honey, navigator on Comanche and numerous other first-to-finish contenders racing in numerous Transpacs. "It really is a chronicle of the history of yacht racing.’

This honour and prestige refers to the long list of great ocean racing yachts that have competed in and sometimes won this great race, and how those yachts were also famous for being trend setters in each era's development of ocean racing.

‘I did 20 transatlantic crossings and races by 2000 and then I waited until 2016 to do the 21st,’ says Gordon Kay, who is racing on Quentin Stewart’s Infiniti 46R Maverick, a UK-based fast carbon racing yacht equipped with a DSS foil system. “My first Transpac was in 2019 and I will not be waiting so long again to do another. There is something magical about the rhythm of this ocean race that is lost in the frenzy of a Fastnet.’

Maverick and Comanche represent the latest in the long chronicle of innovative designs that include famous yachts like Dorade from the 1930s, Chubasco from the 1940s and Kialoa II in the 1960s. Inspired by pioneering lightweight fast monohulls like Ragtime, Drifter and Merlin, the Transpac also became a showcase for the “fast is fun” era that took off in the 1980s and persists today. In fact the ongoing success of the TP 52 class at the top of the sport owes its roots to a design concept developed for the Transpac 15 years ago.

Yet this chronicle of design also includes durable and competitive series-built production boats like the Cal 40 and many cruiser/racers designed and built since then. That is also part of the allure of this great race: designs of all ages, sizes and styles are welcome and keep coming back to race the Transpac. In the last few editions, not only were the firstto- finish ocean greyhounds like Comanche attracted to the race on their hunt for course records, but so were Dorade, Chubasco, Kialoa II, Merlin, and many Cal 40s, which were taking part for the fun and nostalgia of the race itself.

New for the 51st edition of the race are expanded start dates that will further compress the fleet’s finish times to be closer together in Hawaii.

So whether young or old, on a new design or a classic, put Transpac 2021 on your calendar – Aloha!