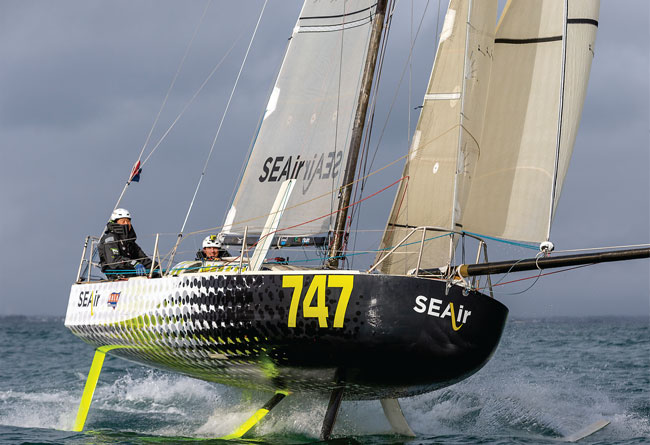 Horses for courses or foils to taste, Andy Claughton looks at the increasingly varied range of flight choices appearing in 2019

Looking through the February Seahorse table of ‘Custom Builds’ nearly half the boats listed feature foils of some description, from the 6.5m Mini Transat, through several new Imoca 60s to the Baltic 142 DSS. The list does not include the four America’s Cup Class yachts that are in build. Half the stories in the magazine also feature foiling boats, and tales of the travails involved in getting the best out of boats that fly.

It’s quite a change – foils have moved from a curiosity to mainstream in a decade. The stunning elegance and performance of the foiling Moths, the emergence of the Dynamic Stability System (DSS) boats and the shift of the America’s Cup to foils have generated this explosion of development. It’s no longer a binary choice, to foil or not to foil.