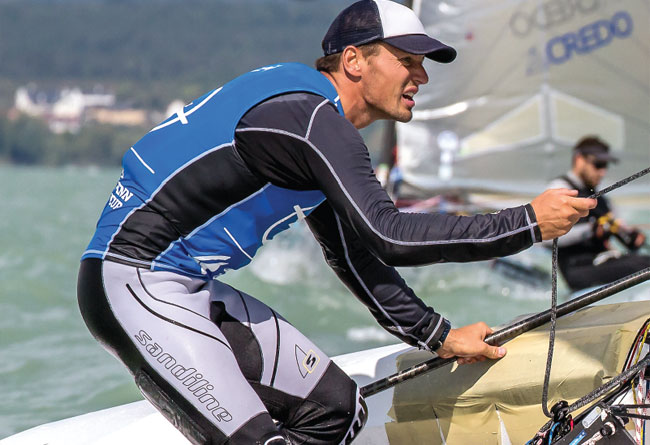 Dear sailors
You may not be aware that the Executive Committee of World Sailing intend to bring major changes to the Paris Olympics of 2024. It is paramount that those who are in a position to defend our sport and its character, starting at club level, understand the message that we are trying to convey as we believe for many reasons that the very future of our sport is being put at risk. Some of us are sailors who became Olympians because of yacht clubs who embraced us when we were very young and supported our dreams. Some of us even went on to make sailing into a career.

But it is too easy for administrators and those who control sailing to become removed from the sport they have been appointed to help to manage.

Fundamentally our sport is and always has been based upon three fundamental pillars: sailors, clubs and classes. Sailing is facing a critical period in our long involvement in the Olympic Games and it is dangerous to think that ‘this does not matter to me’. Well, it does.

World Sailing’s far-reaching proposal moves the focus from accessible classes like the Laser Radial to a technology-driven format demanding wholesale replacement of expensively acquired boats and equipment. It is now possible that up to eight of the 10 current Olympic sailing disciplines will be dropped for Paris 2024 – crushing the hopes of countless young sailors who are dreaming of some day representing their club and country and becoming Olympians themselves. And of course the less well-funded the sailor – and the sailing nation – the more they will be hurt.

What is virtually a complete change in classes will not only wipe out the enormous investments made year after year by those chasing the Olympic dream, it will take a heavy toll on the sailing clubs that support the sport. Competitive sailing is based on the clubs, where young sailors start sailing in starter dinghies, often after members have helped them take their first step by learning to swim. The water is our arena.

For everyone involved in club sailing the issue that needs your immediate attention is that the Olympic format under consideration by World Sailing sees the Finn, 470 Men and Women, Windsurfer Men and Women, Laser and Laser Radial all possibly dropped for the 2024 Olympic Regatta. Only the 49er and 49erFX will remain. The range of sailor weights and body sizes with a place in Olympic sailing will reduce even further.

Instead World Sailing propose a wholesale switch of emphasis to foiling and foiling equipment, as has already happened to the Nacra 17 fleet – with the substantial increase in cost and complexity (certainly the foiling Nacra is spectacular… but in some conditions it is slower than its non-foiling predecessor).

The thrust is to use Olympic Sailing as a vehicle to introduce kitesurfing, a subjectively scored, wave-jumping, foiling, off-the-beach event held not at the Olympic Sailing venue but at a new Olympic Surfing venue.

It is our firm opinion that kitesurfing has earned its right to be called a sport of its own, and should fly on its own merits and not use sailing to promote its desire to be included in the Olympic Games – and its commercial interests. The reality is that one does not need a sailing club to go KiteSurfing – ‘riders’ just have to pack their gear and find a beach. There are also menacing issues of ongoing anti-trust lawsuits and disputes about who really owns the commercial equipment that will be used and the patents that will control supply.

The proponents of these wholesale changes to what we know as ‘Olympic sailing’ argue that the International Olympic Committee (IOC) demand such a switch within their Olympic Agenda 2020. Yet the IOC themselves deny any such arbitrary decrees – stating only that they remain in ‘ongoing negotiations’ with each of the 35 Olympic Sport Federations.

For good reason a major issue today is gender equality. But sailing has always promoted women – this was reconfirmed only this month by the IOC’s latest competitor audit. Olympic sailing already boasts a 45 per cent women’s participation rate – the average across all current Olympic sports.

Finally, these crucial issues are intended to be decided by means of an ‘electronic vote’. How removed from the grassroots of sailing is a remote electronic vote? No face-to-face debate between representatives of Member National Authorities, instead a remote process executed by the click of a mouse… The result could be an Olympic line-up made up entirely of fee-paying manufacturer classes.

The clubs – your sailing club – are the foundation of competitive sailing. You are also the power behind your Member National Authority. They are elected by you and they are only there to represent your views.

If you are against such hurried major changes to this sport then we urge you to back this demand to the IOC and World Sailing: ‘That the selection of sailing equipment and events for Paris 2024 be frozen by the IOC until all of the issues involved are openly, democratically and transparently scrutinised focusing in particular on the effects that dramatic changes of equipment have on the sailors who dream to be Olympians and on the sailing clubs who have nurtured their dreams.’

If you agree with our concerns please contact your own National Federation, tell your Yacht Club and Class Association to do the same and lobby hard to ensure it does not support the destructive proposals to be put forward by the World Sailing Executive Committee later this month.

Time is short. The future of our sport rests with each of you.

A group of concerned sailors.