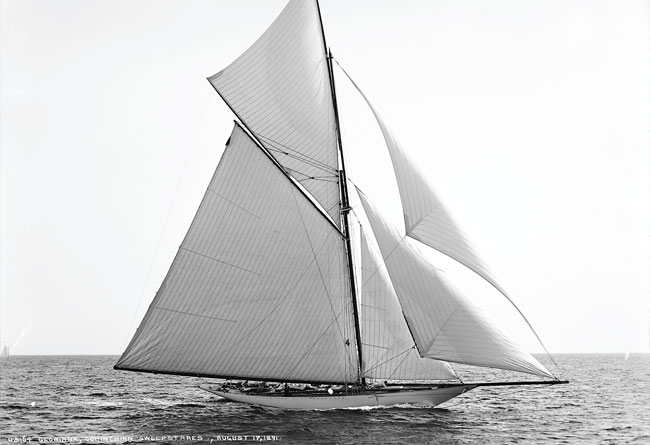 Of all the sailors and designers and boatbuilders and riggers, and all the other leaders in the long history of our pastime – from King Charles II, winner of the first yacht race in 1661, all the way to Pete Burling – has any sailor been as widely known and honoured as Nathanael Greene Herreshoff?

Known both as ‘Captain Nat’ for his commanding presence and ‘the Wizard of Bristol’ for his brains and his lifelong home town in Rhode Island, during his long career from the 1860s until his retirement nearly 100 years ago he remains the world’s most successful yacht designer. The designer of the winners of six America’s Cup matches and also of many classics still sailing today, he created both a new way of looking at boats and an extremely influential approach to technology. Here is the man who introduced yachting to the Industrial Revolution.