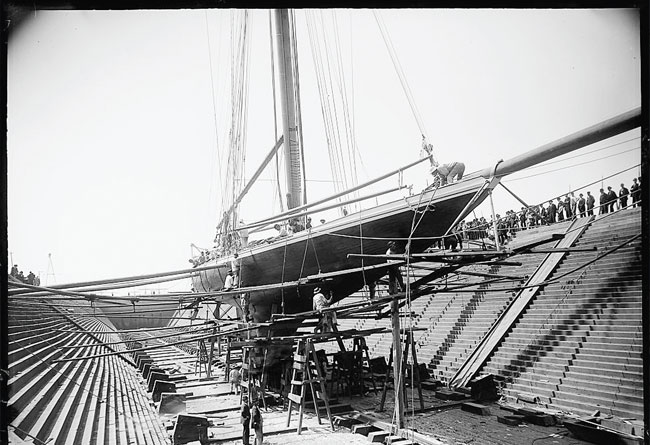 They don’t make them like that any more (actually, they probably do). Windham Thomas Wyndham-Quin, fourth Earl of Dunraven, was finally inducted into the America’s Cup Hall of Fame on 21 October 2016. New York Yacht Club historian John Rousmaniere reflects on the extraordinary life of one of the most ‘famous’ America’s Cup challengers among a very tough field of candidates…

The Earl of Dunraven, a two-time Cup challenger in the 1890s, is not only one of the more controversial figures in yacht racing history, but also one of the most ambitious, strong-minded and brilliant. His boats were spectacular. For those who worry (or hope…) that the America’s Cup will eventually self-destruct, Dunraven’s Cup career is proof of its resilience.

His Valkyrie II and Valkyrie III (both designed by the Scots-born genius George Lennox Watson) and their opponents in 1893 and 1895, Vigilant and Defender (Nathanael Greene Herreshoff’s first Cup boats), were the first generation of the Cup’s ‘Big Class’ entries.