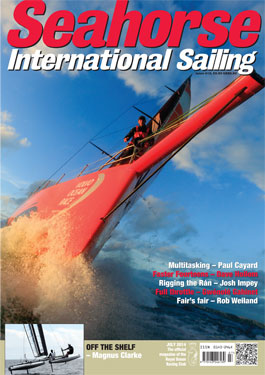 Fair?
ROB WEILAND has his own slant on the Oracle Team USA cheating scandal and its repercussions

Update
TERRY HUTCHINSON loses a rig… but wins a regatta, PETER HOLMBERG wraps up another successful Caribbean season and JAMES BOYD takes a look at the Ocean Masters Imoca series

Sailor of the Month
Youthful genius all…