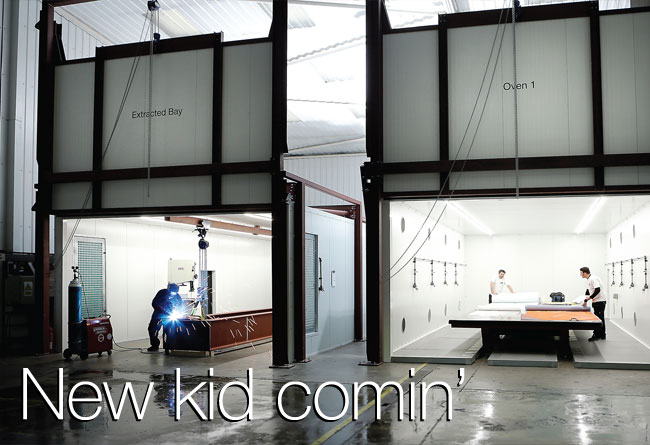 Having learnt his craft building everything from Imoca 60s to a wide range of America's Cup componentry, composities artisan Alex Newton is responding to an invitation to join a world-leading turbine programme

In fast-moving areas of technology it’s often a case of first having an idea, then start making it and only then getting around to designing it as you go along. That was not exactly the case when Al Newton and AC Marine & Composites co-founder Katinka Burmester found themselves looking, at very short notice, for large premises plus a long shopping list of specialised equipment, to respond to a ‘very’ serious enquiry from Atlantis Resources, world leaders in tidal power generation.

An initial period spent pre-manufacture testing brought unexpected benefits: AC Marine & Composites (ACM&C) set new benchmarks, by infusing up to 120mm of carbon Triaxial laminate in one hit and on a repeatable basis. This initial period doubled up as a final round of ‘interviews’ before the company was awarded the manufacturing contract itself – ahead of 19 of Europe’s largest composite groups.

Virtually overnight the ACM&C team moved from prototyping into the task of building the first commercially viable composite tidal turbine blades – designed and built to drive a Lockheed Martin AR1500, 1.5MW horizontal turbine complete with active pitch and yaw capability. The nacelle of the AR1500 weighs 150 tonnes in air with a design life of 25 years. Rotor diameter is 18m and all systems have triple redundancy for reliability offshore.

The task for ACM&C grew wider. Build the new facility, fit it out to a rigorous specification, while starting to manufacture high-precision substantial carbon blades of some 8m in length… And at the same time hiring and training an international workforce and under rigorous confidentiality agreements. Taking photographs remains strictly verboten at ACM&C.

There’s nothing like a deadline to focus the mind. At the conclusion of an intense nine-month build schedule (until last month the ACM&C boardroom doubled up as overnight accommodation) the first set of carbon turbine blades were successfully delivered – which are now turning faultlessly in the fast-moving tides of Scotland and generating some 4% more energy than the contractual baseline…

However, as the first fruits of this ambitious project were coming together, so too was ACM&C’s new facility. Everything at the ACM&C facility in southern England was created to order; there is little use of generic manufacturing technology since the firm intends to take the quality of its output – large and small – to a new level. Company founder Newton designed, specified or diligently improved every piece of equipment on display. In most cases wellknown suppliers have built a tool to order, after which Newton tinkered around with it before setting down a list of modifications. The manufacturing systems at ACM&C are clearly the product of one man’s many years of experience in composite manufacturing.

Main picture: ACM&C has been created with the goal of delivering the maximum amount of the complete sketch-to-test manufacture process in-house in order to maintain complete control of experimental as well as mainstream production parts. Here welding of a large (left) structural fabrication is underway in the extracted bay area while at the same time composite materials are laid out in the adjacent oven on a custom made 9mx3m carbon fibre vacuum table

Below, from the top: materials ready to be checked for flat panel work in oven 2; kit-cutting of pre-pregs for customer supply – with all associated quality assurances; cross-section of precision carbon fibre/metallic element for undisclosed application; in-house vacuum system allows control whether the operative is inside or outside the designated bay areas; interior of large oven with vacuum system visible on the side walls. Everything seen here including the ovens and the large carbon vacuum table was designed and built in-house by ACM&C 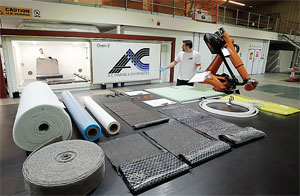 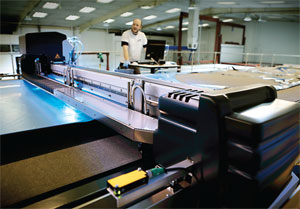 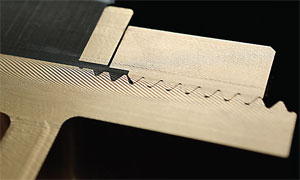 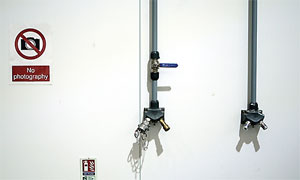 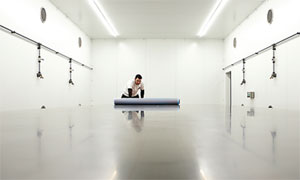 In several areas, though, there was no supplier who could come up with what the company was specifying, so larger items such as ovens and fridges plus management systems were created on site by the ACM&C team.

However, despite the evident sophistication this is no ‘laboratory facility’ and the boatbuilding heritage of the team comes through strongly – particularly when the pressure is on to meet tight deadlines working in relatively uncharted areas of technology. Perfectionism balanced with pragmatism as required.

While preparing for the next stage of turbine development for Atlantis Resources, which begins this month, ACM&C have been investigating complementary avenues of composite work, including foil development, carbon componentry, racecar parts and even perhaps… a little boatbuilding.

Though the facility reeks of state-of-the-art technology, it also offers enough space to accommodate a pair of Imoca 60s side by side. So in one area the ACM&C team could be building you a pretty fancy high-tech yacht while on the other, behind non-negotiable security screens, they are advancing the boundaries of turbine technology.

The company is structured to offer clients great flexibility: in the early days of turbine development Atlantis Resources set up an operations centre on-site, with a dedicated communications and computer network. This is exactly the ‘one team’ approach favoured by ACM&C.

Much of the love of precision working was originally born of Olympic sailing projects, where building custom yachts to one-design tolerances is as precise as it gets. ACM&C project managed the build of Iain Percy and Andrew Simpson’s Star boats for their 2008 and 2012 Olympic campaigns; Olympic gold and silver medals were secured respectively. ACM&C have worked on four Olympic campaigns, which have resulted in a total of six medals. They have also been discreetly involved with several of the best known Vendée Globe projects.

The Olympic sailing projects clearly helped hone a habit of near obsessive attention to detail. Visit ACM&C and take a look at some of the small things manufactured by this growing company. The big things are obvious – though both the tooling and the turbine blades themselves necessarily remain hidden behind security shrouds.

But the little things tell a good story… along with a string of upbeat client testimonials. Quality of finish, fast turnaround times, engineering integrity. So no big ads shouting at you from these office walls – just a very competent young British company quietly acquiring an international reputation for engineering excellence.

Bespoke Cijet 2 epoxy metered injection machine with a 250kg resin de-gassing tank and capability to pre-heat resin up to 50°C.

Robotic arm for precise trimming and machining of composite components and tooling. Machining envelope of 10mx3mx1.5m.

Rebuilt the internal structure of an Imoca 60 plus major rig repairs – with the boat going straight on to set a new record for the Round Britain and Ireland Race in 2014.

Project managed the build and optimisation of Iain Percy and Andrew Simpson’s world championship and Olympic medal winning Star boats for their 2008 and 2012 Olympic campaigns.