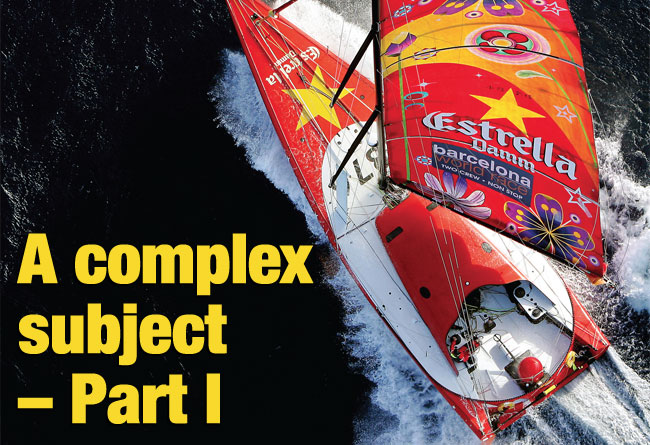 There is a growing debate about the role and prevalence of professional coaching – seen now even at local junior events. Then there is the obvious knock-on debate over the fact that at the big one-design regattas it is no longer unusual to see 150-200+ smoky RIBs in the marina and out on the course. Finally, there is the question of access: with a professional coach plus a nanny RIB increasingly de rigueur for a serious Optimist campaign, how can the sport really expect to ever increase participation among the less financially fortunate?

The profile of the sport and the quality and quantity of coaches are key issues for the future of our sport, says Kovalenko, 66, who has just confirmed that, having threatened to retire, he will now continue as the head coach of the Australian Sailing Team until the Tokyo Olympics in 2020.

Kovalenko is all ‘quality’. In recent Olympic regattas the Medal Maker’s own 470 charges have amassed six Olympic gold medals, one silver and three bronze. The list goes on, with no fewer than 18 world championship golds in the 470 class, plus 10 silver and three bronze. 470 Europeans 13 gold, five silver, two bronze and two Rolex World Sailor Sailors of the year – 1997 women, 2013 men.

Seahorse: The dropout rate of children in sailing is high. Some commentators believe that the young kids are now so over-coached that most of them give up by the age of 15 as they see the number one spot being the only one worth having…

Victor Kovalenko: Our sport is unique in how it teaches young sailors independence.