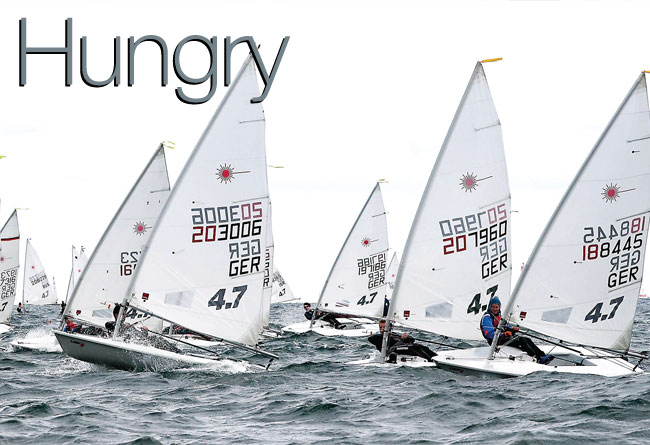 No fewer than 681 young sailors have entered the 2016 Laser 4.7 and Under 21 Youth World Championships in Kiel…

With a total of 681 entries, it’s not just any venue that’s capable of hosting a regatta on the scale of the Laser U21 Youth World Champion - ships. But Kiel in Germany has years of experience and is taking it all in its stride as it gears up to welcome many of the world’s best youth sailors. The event, from 30 July to 7 August, is open to male sailors in Laser Standard and female sailors in Laser Radial under 21 respectively and to sailors under 18 in Laser 4.7.

The biggest category is the Laser 4.7, the small-rig option that has attracted 256 entries in the boys’ fleet and 228 girls. There will be 55 girls competing with the mid-sized rig, the Radial, and 142 boys in the Laser Standard. International entries have flooded in from all corners of the globe including Australia, Hong Kong and Brazil, with the inevitable strong turnout from European nations.

Kieler Yacht Club relies on some of the best regatta facilities anywhere in the world, using much of the infrastructure created for the 1972 Olympic Games when the sailing was contested on these waters. Kiel has since of course established itself as the home of sailing and racing in Germany.

Below: German sailor Julia Büsselberg goes into this year’s Laser 4.7 Worlds in Kiel as one of the pre-regatta favourites having already finished first at Kiel Week a few weeks previously 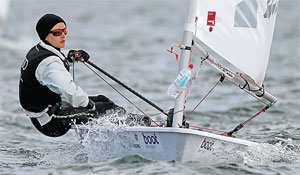 Some of the Laser Youth Worlds competitors came to Kieler Woche earlier in June to get a handle on the sailing conditions before the main event. For competitors in the Laser Standard and the Laser Radial divisions, it was a chance for the Under 21s to compete against some of the senior sailors heading to Rio 2016 and maybe Tokyo 2020. In the Radial, Monika Mikkola finished runner-up, making the Finnish sailor a hot prospect for the Youth Worlds.

The Laser 4.7 results from Kieler Woche could also be a good indicator of form, with Maskim Dziahel of Belarus emerging the winner on that occasion. However, another star in the making is Guido Gallinaro who finished 3rd at last year’s Laser 4.7 Youth Worlds, and was winner of the Under 16 division. To have been able to battle with the best of the Under 18s at such a young age bodes well for the Italian this year.

Winning in Kiel requires all-round sailing skills. If the words of Stanislav Kassarov, president of the International 470 class association, are anything to go by, the Laser fleet can expect a great event.

The 470 Junior World Champion - ship took place as part of the recent Kieler Woche, after which Kassarov said, ‘For over 70 per cent of our participants, this was their first ever 470 championship. I am very satisfied with the regatta we enjoyed here; it was a very impressive event in every respect.

‘Our ambitious young crews could not have had a better experience for their first big event.’

This year’s huge Laser youth fleet are looking forward to more of the same.