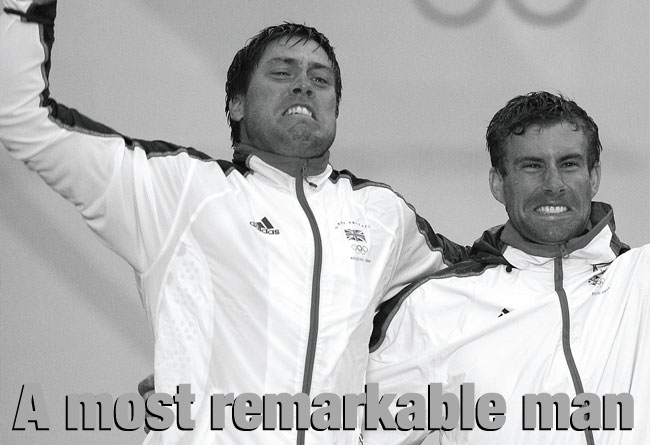 With Bart’s Bash set to be the largest sailing event in the world on 21 September, sailing partners and friends Iain Percy, Ben Ainslie and Anthony Nossiter reflect with Blue Robinson on Andrew Simpson – the sailor and the broader man

Seahorse: When did you first meet Andrew ‘Bart’ Simpson?

Anthony Nossiter: I first met Bart at the 1997 Laser worlds in Chile… to be honest more on the social side than on the water! We both finished around 40th and met over a beer and a game of pool.

Iain Percy: We must have been nine years old competing at the Optimist nationals in Southampton and we were by far the youngest kids there as there were no age groups at that time, just under 16s. One day racing was cancelled as it was too windy and, as the event was sponsored by Lego, Bart and I hung out in the Lego pit, making all these model sailing boats… we quickly got to know each other.

Ben Ainslie: It was the 1988 Optimist selection trials in Weymouth when we were around 11 years old. This was my first regatta but not for Bart, who had got into it a bit earlier. I remember he was big for his age, a very chirpy character, happy to come over and chat, and we got on very well right from the start. I was incredibly shy at that age and so it took someone like Bart to get a word out of me.

SH: Then you all progressed into the GBR youth squad?

Ben: We were in the youth squad in Lasers with Iain and Paul Goodison, so really great friendships came through that. We all studied for A-Level exams then the others headed off to university, but I campaigned for the 1996 Olympics in the Laser… It was great to see those guys go through the whole uni thing, then to see them return to full-time Olympic sailing.